Thomas Arne, Rule, Britannia! and God Save the Queen 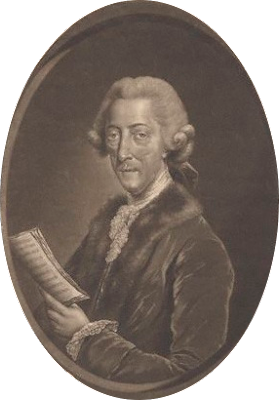 For those who love irony (and who doesn't?) consider that Thomas Arne, composer of the ultimate John Bull, "sun doesn't set on the British empire", patriotic tune, "Rule, Britannia!" AND the British national anthem, "God Save the King/Queen" was a "Roman" Catholic in eighteenth century England. He was born on March 12, 1710 and died on March 5, 1778 (he is buried in St. Paul's Church at Covent Garden, the so-called "Actors' Church" where he was also baptized.) This baptism and burial reflects the restrictions on Catholics dating from the penal laws passed during the reign of James Ist. In 1778, George III signed the first Catholic Relief Act, which removed some restrictions and required a new oath of loyalty.

Because he was a Catholic, Arne could not obtain any royal posts or of course write for the Church of England. Arne was also a Freemason, when Pope Clement XII had forbidden Catholics to be Freemasons in 1738, so that's a conundrum. He became a great contributer to English stage music:

When Britain first, at Heaven's command
Arose from out the azure main;
This was the charter of the land,
And guardian angels sang this strain:
"Rule, Britannia! rule the waves:
"Britons never will be slaves."

The nations, not so blest as thee,
Must, in their turns, to tyrants fall;
While thou shalt flourish great and free,
The dread and envy of them all.
"Rule, Britannia! rule the waves:
"Britons never will be slaves."

It always closes the annual Proms with quite enthusiastic audience participation. The link above is to a performance by Renee Fleming, an American opera singer, on September 11, 2010 (thus her waving the Stars and Stripes in remembrance of 9/11).
Posted by Stephanie A. Mann at 2:10 AM