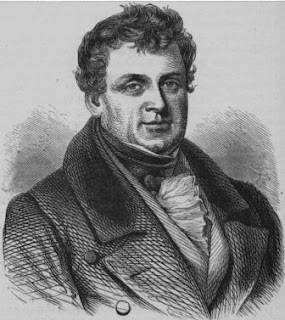 In my previous post today I recounted the death of Elizabeth I, Queen of England and Ireland. When she died, Elizabeth left in place a series of penal and recusancy laws aimed at punishing Catholics and discouraging Catholicism in England and Ireland. In one of those great ironies of history, 226 years later, on March 24 in 1829, the English Parliament passed the Catholic Relief Act, undoing her Parliament's laws. This Act of Parliament actually went into force on April 13, 1829:

Whereas by various Acts of Parliament, certain Restraints and Disabilities are imposed on the Roman Catholic subjects of His Majesty, to which other subjects of His Majesty are not liable: and whereas it is expedient that such restraints and disabilities shall be from henceforth discontinued: and whereas by various Acts certain Oaths and certain Declarations, commonly called the Declaration against Transubstantiation, and the Invocation of Saints, and the Sacrifice of the Mass, as practised in the Church of Rome, are or may be required to be taken, made and subscribed by the subjects of His Majesty, as qualifications for sitting and voting in Parliament, and for the enjoyment of certain offices, franchises, and civil rights; Be it Enacted by The King’s most Excellent Majesty, by and with the advice and consent of the Lords Spiritual and Temporal, and Commons, in this present Parliament assembled, and by the Authority of the same, that from and after the commencement of this Act, all such parts of the said Acts as require the said Declarations, or either of them, to be made or subscribed by any of His Majesty’s Subjects as a qualification for sitting and voting in Parliament, or for the exercise or enjoyment of any office, franchise, or civil right, be and the same are (save as hereinafter provided and excepted) hereby Repealed.
If you read through just a few of the speeches given by the Duke of Wellington in the House of Lords (which included the Anglican Bishops) to encourage the reading and the passage of this bill, you can certainly see how contentious this issue was in Parliament--the crux of the issue being that since Catholic attorney Daniel O'Connell had won a seat in Parliament, the King's Government in England feared an uprising in Ireland if he was not allowed to take his seat, since he was Catholic--for fear that Emancipation, removing all the penal laws, would in fact encourage the growth and spread of Popery and weaken the Church of England. Robert Peel worked on passing the Emancipation Bill in the House of Commons. Since both Wellington and Peel were Tories and were previously opposed to Catholic Emancipation, they were regarded as traitors--Welllington threatened to resign to force King George IV to give his Royal Assent to the Act.

Of course, this being a matter of politics, someone had to lose in the deal. The poorer landowners were disenfranchised as only a male with property worth 10 pounds per year could vote (the minimum had been 2 pounds per year) and the Irish still had to pay taxes to support the Church of Ireland (which led to the Tithe Wars). Most of the burden for electing O'Connell and forcing the government to acknowledge the danger of not letting him take his seat had been borne by the peasants of Ireland. The middle class Catholics of England truly benefitted from the removal of restrictions on their livelihood and political representation, although they still could not attend at Oxford or Cambridge because an oath to uphold the Thirty-Nine Articles of the Church of England was a graduation requirement.

The act also sought to limit the growth of monasteries and the presence of Jesuits in England: