US and UK Ordinariate Updates 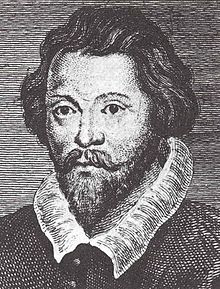 According to The Catholic Herald, the establishment of a US Personal Ordinariate for former Episcopalians is imminent: more here.

How, then, do we establish a liturgical patrimony, a distinctive feel to the services we celebrate? We need to be careful of what has been called ‘effortless Anglican superiority’, the assumption that whatever we do is rather better than what others do. For one thing, our little groups usually have more to learn than they have to teach as they interact often with large and flourishing congregations. For another, in some dioceses there are so many ex-Anglican priests at work that, even if we were some kind of leaven, the lump had plenty of that kind of leaven already. And yet we do bring some gifts. Solemn Evensong and Benediction is widely recognised – not least by the Holy Father himself – as a gift that we are bringing. The marriage and funeral rites are similarly a gift: the marriage rite itself is a direct descendant of the mediæval marriage rite of England. We also bring a sense of the ‘solemn mass on Sundays’ (even if the numbering attending it in our Anglican days seldom reached three figures). The Catholic mass culture is a ‘low mass’ culture, and, in many parishes, however much singing is done, there is nothing that could be easily identified as a ‘solemn mass’ on Sundays. The new missal is tackling this, by integrating the priest’s singing part into the main text, and there are instructions, from time to time, about the importance of plainsong.

Read the rest here. Monsignor Burnham reports use of two Byrd Masses at sung solemn Mass in Oxford, thus the portrait above.
Posted by Stephanie A. Mann at 2:11 AM

Email ThisBlogThis!Share to TwitterShare to FacebookShare to Pinterest
Labels: Anglican Ordinariate, Episcopalians in USA, Our Lady of Walsingham