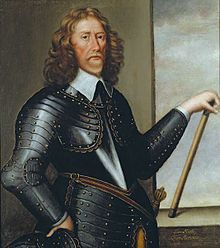 According to this biography, today's martyr was

Born at Heworth Hall, near York, in 1635, he was the son of George Thwing, Esquire, of Kilton Castle, Brotton, and Heworth Hall, and was the nephew of the Catholic martyr Edward Thwing. His mother was Anne, sister of the Sir Thomas Gascoigne, of Barnbow Hall, Barwick in Elmet, Yorkshire. Thomas Thwing was educated at St Omer and at the English College, Douai, ordained a priest and sent from there to minister on the English mission in 1665, which he did for some 14 years. Until April 1668, he was chaplain at Carlton Hall, Carlton-juxta-Snaith, the seat of his cousins the Stapletons. He next opened a school at Quo-usque, the Stapletons' dower-house. When in 1677 Mary Ward's "Institute of the Blessed Virgin Mary" began their foundation in the house given by his uncle Thomas Gascoigne at Dolebank, it was in some sense natural that Thwing become their chaplain, three of his sisters being of the community. It was there that he was arrested in the early part of 1679.

Notice his connection to Venerable Mary Ward and her Institute. She had come to Heworth in 1642 and died there in 1645 on January 30. Thwing was also connected to the Gascoignes and the Stapletons, great Catholic families in Yorkshire.

At the time of the Titus Oates scare, two servants, who had been discharged from Sir Thomas Gascoigne's service for dishonesty, sought vengeance and reward by revealing a supposed plot by Gascoigne and others to murder the king. At first the allegation made no mention of Thwing. Nevertheless, Gascoigne [pictured above left], Thwing and others were arrested on the night of July 7, 1679, at the Gascoigne's house, Barnbow Hall, and he remained for a year prisoner at York Castle. He was arraigned at York on March 17 with Mary Fenwick, Lady Tempest and Sir Miles Stapleton, but many jurors were challenged and this led to the trial being postponed to the summer assizes. He was brought to the bar on July 29 and Gascoigne's former servant Bolron testified against him. The prosecution played upon a list of Catholics which had been found the night of the arrest, in reality not conspirators but supporters of the new convent. Despite this Thwing was promptly found guilty on the very same evidence upon which his relatives had been acquitted, the sentence being pronounced separately from the felons and murderers found guilty at the same assizes, not out of consideration for his being a priest but because of his social status. Upon hearing it, he humbly bowed his head and said in Latin, "I am innocent." Thomas Thwing was beatified by Pope Pius XI on December 15, 1929.

The others were acquitted in what is known as the Barnbow Plot, named after the Hall, reported by Robert Bolron, and inspired by Titus Oates' Popish Plot:

Excited by the story of Oates' success and in revenge for his dismissal, Bolron conceived the idea of 'discovering' a Popish Plot at Barnbow. Having concocted what he thought might be a credible story he communicated, in the first place, with Mr Normanton, a clergyman of Water Fryston, who sent him to Mr Tindall, a justice of the peace, who referred him to Mr William Lowther, another justice. Growing bolder as he found himself taken seriously he determined to go to London, armed with a letter from Tindall to lay his story before the Privy Council. On the road, at Ware, he lost the letter, but coming to the Green Dragon in Bishophate Street he told his business to the landlord who took him to Sir Robert Clayton who introduced him to Lord Shaftesbury, President of the Council.


The story that Bolron told was this. Some time in 1675 he had overheard a conversation between Sir Thomas Gascoigne and Sir Miles Stapylton in which they discussed a plan to kill the king, the former repeating the steps he had taken for securing his property against forfeiture in case of failure and how he had sent £3000 to the Jesuits in London to aid the carrying out of the scheme.

Notice that Blessed Thomas Thwing's uncle was also a martyr, beatified by Pope John Paul II in 1987.  Edward Thwing was also born in Yorkshire. He went to Reims, France in the summer of 1583 to study for the priesthood and then went to the Jesuit community at Pont-a-Mousson, evidently intending to enter the order. But within two years, he was back at the English College. After completing his studies with a stay in Rome, he returned to France for his ordination in Laon on December 20, 1590. His return to England was delayed by health problems. In 1597, he was finally able to go to England but was captured by the Elizabethan authorities as soon as he arrived. He and a fellow priest, (Blessed) Robert Nutter, managed to escape from their prison, and eluded arrest for the next three years. In May of 1600, they were re-captured. On July 26, 1600, Father Thwing was executed at Lancaster by drawing and quartering, together with Father Nutter.
Posted by Stephanie A. Mann at 2:22 AM