Hilaire Belloc and All Souls 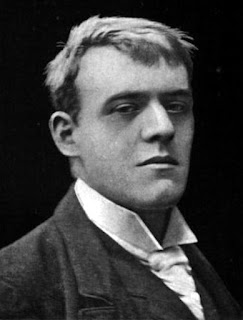 In the article/blog post I cited yesterday by Father Lucie-Smith on Purgatory, he highlighted one of the constituent colleges of the University of Oxford: All Souls:

One of the most famous Oxford colleges, All Souls, was founded as a group of clerks who were charged with praying for the dead of the French Wars, in the reign of that most pious king, Henry VI. One of the founders was Archbishop Chichele of Canterbury, whose tomb in Canterbury is so striking. The upper level of the tomb shows the Archbishop fully vested, looking most splendid. The lower level shows a withered cadaver. The message is clear: death is the great leveler. “I was pauper-born,” reads the inscription, “Then to primate raised. Now I am cut down and served up for worms. Behold my grave.” The Archbishop constructed the tomb before he died, and its purpose is to serve not just as a momento (sic) mori, but also as a way of soliciting a prayer for the deceased.
(I visited the basilica of St. Denis north of Paris and saw the cadaver tombs of Louis XII and his wife Anne of Brittany and of Henri II and Catherine de Medici--they do have a great effect!)

Of the history of All Souls, the college website states:

All Souls had two functions. The first, common to all colleges, was religious. The Warden and, originally, forty Fellows were to pray in chapel for the souls of the founders, of those who had fallen in the long wars with France (at the time not being prosecuted with much vigour), and of 'all the faithful departed'. The second function was academic, and in this, then as now, the College was distinctive. Chichele envisaged the medieval equivalent of a graduate college, an institute of advanced study of a very practical kind. With minor exceptions, the College never took in undergraduates. Its Fellows were previously to have studied somewhere else for at least three years and most would already have a BA. Once admitted they were to study or teach for the higher degrees of theology, law (civil and 'canon', or Church, law), and medicine - especially theology and law. The Fellows, all in Holy Orders, had to prepare themselves, not for life in the ivory tower, but for service to Church and government. They were, as Chichele himself put it, an 'unarmed militia', trained for the unashamedly patriotic task of restoring national prestige and good order in the face of heresy at home and stalemate abroad.

Tudor religious changes created much confusion in the College:

The Reformation and the religious changes of the mid-sixteenth century left their mark on the College. John Warner, the Regius Professor of Medicine (Warden from 1536 to 1556 and again from 1559 to 1565) showed notable flexibility in retaining office under Henry VIII, Edward VI, Mary I (for two years), and Elizabeth I, but some Fellows were deprived of their fellowships in both Protestant and Catholic times. The chapel lost its altars, its reredos statues, its organ, and some of its vestments and ornaments; changes in taste as well as religion caused many manuscripts to be withdrawn from the College library, some of which (thanks to the enterprise of Christopher Plantin) are now in the Plantin-Moretus Museum in Antwerp. Such restoration as occurred under Philip and Mary was reversed under their successor, when the chantry functions of the College became much attenuated and a clean sweep was ultimately made of 'idolatrous monuments'. The religious changes of the sixteenth century also affected the college's academic bias. Greek and Latin lecturerships and a Civil Law lecture (seemingly short lived) were established by the Royal Visitors in 1535, and the Commissioners of 1549 even proposed that the College should become devoted exclusively to legal studies. This did not come about (the twenty-four theology fellowships continued to be formally 'artist' places), but the College's reputation as a nursery of lawyers, and especially of civil lawyers practising in the ecclesiastical and admiralty courts, dates from this period.

All Souls selects its Fellows by offering examinations. Hilaire Belloc took the examination and failed to earn a Fellowship after earning a First in History from Balliol College in 1895. This site suggests that he might have failed because he placed a statue of the Blessed Virgin Mary on the desk before his examination. I can imagine Belloc being so demonstrative about his faith. Remember his famous response when running for Parliament. Asked if he was Papist, he took his rosary beads out of his pocket and said, "Sir, so far as possible I hear Mass each day and I go to my knees and tell these beads each night. If that offends you, then I pray God may spare me the indignity of representing you in Parliament." Belloc was, however, very disappointed not to earn the All Souls fellowship--he probably would have started praying for all the souls of the faithful departed!
Posted by Stephanie A. Mann at 12:30 AM