The Fifth of November: Is It Time to Forgive and Forget? 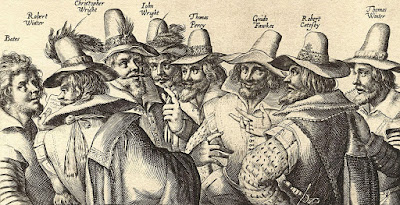 Britain Magazine reflects on the Fifth of November and the burning of the "Guy": is it time for forgive and forget?

The classic rhyme “Remember, remember the fifth of November” features one of the few dates that stick in the collective imagination from our school days. As the headmaster of Guy Fawkes’s old school in York has recently pointed out, the man found by guards underneath the Houses of Parliament with 36 barrels of gunpowder in early hours of 5 November 1605 is “a global brand. Most people with an appreciation of English culture know something about him.”

Arguing in the The Daily Telegraph that it is time for us to forgive St Peter’s School’s most famous alumnus and to stop burning effigies of the guy on bonfires, Leo Winkley suggests that the custom encourages religious intolerance.

There are some surprising twists to the familiar story of Guy Fawkes. For example, while James I was, in fact, the son of a famous Catholic, Mary, Queen of Scots, Fawkes was born in 1570 into a largely Protestant family (although his maternal grandparents were ‘recusant’ Catholics, who refused to attend Protestant services). However, Guy’s stepfather, Dionis Baynbrigge, whom his mother married after the death of his father in 1578, seems to have affected Fawkes’s convictions – Guy converted to Catholicism as a teenager – and thus the course of his life.

Guy and his fellow Catholic plotters were disappointed by James I’s lack of sympathy for their cause. After the long reign of Protestant Queen Elizabeth I, English Catholics were optimistic that the new king would herald change. During Elizabeth’s reign, and particularly after the Spanish Armada, Catholics had suffered persecution: they were forbidden to hear Mass and compelled to attend Anglican services, with steep fines for recusants who refused. However, despite positive signs at the beginning of James’s reign, the discovery of two small Catholic plots in 1603 and an ill-fated conference at Hampton Court in 1604 meant that by February that year the new king went as far as to announce his ‘utter detestation’ of Catholicism. Within days, all priests and Jesuits had been expelled and recusancy fines reintroduced.

Leo Winkley's comments in The Daily Telegraph include:

“Burning a Guy is likely to be seen as an expression of religious intolerance at worst or more likely, an inexplicable historical throwback,” he said. “Consider this: how would we explain it to a seven year old? If we're not comfortable explaining it, we shouldn't do it! Most people call it bonfire night. Time to move on and let the poor soul rest.”

Mr Winkley added: “He was hung, drawn and quartered. That was the full force of the law at his time.”

Fawkes, who with a group of English Catholics who planned to assassinates King James I and restore a Catholic monarch to the throne, has become a symbol of dissent in recent years – his image adopted by activists who wear masks of his face to hide their identity.

“On the other hand, nobody could approve of the act of trying to blow up the instrument of democracy. One can’t condone it even 400 or so years on. You could argue that he’s an icon of the complex and flawed nature of human beings.”

Sometimes the Pope is burned in effigy too; that practice should certainly cease!
Posted by Stephanie A. Mann at 12:30 AM