The Age of Plunder and Roche Abbey 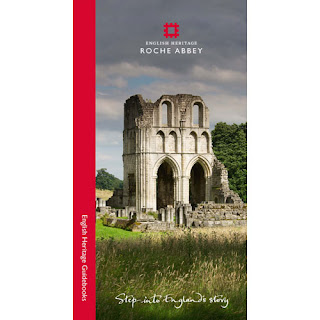 A facebook friend posted this from the English Heritage blog:

On 23 June 1538, Abbot Henry Cundall of Roche Abbey in South Yorkshire and his 17 monks gathered in their chapter house to surrender their abbey to the king’s commissioners. Roche was one of the many larger religious houses which ‘voluntarily’ surrendered that year, in the course of Henry VIII’s Suppression of the Monasteries.

The monks, cast out of their comfortable abbey with small pensions, had to make the most of what they had.

Each monk had been given the cell in which he slept, ‘wherein there was nothing of value save his bed and apparel’. One monk tried to sell his cell door for two pennies, ‘which was worth more than five shillings’. But the potential buyer refused, ‘for he was a young man, unmarried, and in need of neither a house nor a door’.

The source for these details was a priest, Michael Sherbrook, rector of Wickersley, who wrote an account of the suppression of Roche abbey in the 1590's. He gathered anecdotal evidence that the monks and the abbey were not despised in any way--pillaging the abbey was nothing personal:

For the better proof of this my saying, I demanded of my father, which had bought part of the timber of the church, and all the timber in the steeple, with the bell frame, with other his partners therein … whether he thought well of the religious persons and of the religion then used?

And he told me Yea: For said he, ‘I did see no cause to the contrary.’

‘Well,’ said I, ‘then how came it to pass you was so ready to destroy and spoil the thing you thought well of?’

‘What should I have done?’ said he. ‘Might I not as well as others have some profit of the spoil of the abbey? For I did see all would away; and therefore I did as others did.’

That reminded me of what W.G. Hoskins wrote about the Dissolution of the Monasteries in The Age of Plunder: The England of Henry VIII, 1500-1547:

"In these matters the only true god is Mammon. The sixteenth century showed it abundantly in every decade. Catholic or Protestant, what did it matter when Mammon was sitting in the seat of power?"

More about survivors of Roche Abbey's suppression here.
Posted by Stephanie A. Mann at 12:30 AM

Email ThisBlogThis!Share to TwitterShare to FacebookShare to Pinterest
Labels: Cistercians, English Heritage, Roche Abbey, The Age of Plunder, The Dissolution of the Monasteries, W.G. Hoskins