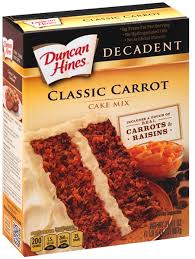 While the cake mix is still in the box, I am otherwise prepared for tonight's meeting of the Greater Wichita branch of the American Chesterton Society (Eighth Day Books, 6:30 p.m.). We are reading two essays tonight from The Well and the Shallows: "Mary and the Convert" and "A Century of Emancipation".

In the second essay, Chesterton is discussing the anniversary of the 1829 Emancipation of Catholics in England:

WHEN we really wish to know how the world is going, it is no bad test to take some tag or current phrase of the press and reverse it, substituting the precise contrary, and see whether it makes more sense that way. It generally does; such a mass of outworn conventions has our daily commentary become. An excellent example occurred recently concerning the prospects of Protestantism and Catholicism. The editor of the Sunday Express, once better known as a sympathetic critic of letters, summed up the matter by saying that he had no prejudice against Catholicism or Anglo-Catholicism, that he had every respect for them, but that England (evidently including himself) was solidly Protestant. This is a very neat and convenient statement of the exact opposite of the truth. I have most friendly feelings to the gentleman in question; and it is without the least animosity to him that I say that what is sincere and alive and active in him is Anti-Catholicism and nothing else. What is really working in the world to-day is Anti-Catholicism and nothing else. It certainly is not Protestantism; not half so much as it is Pelagianism. And if the religion of modern England is to be called Protestant, there is at least one other adjective which cannot conceivably be applied to it. Whatever else it is, it is not solid Protestantism. There might perhaps be a case for calling it liquid Protestantism. . . .

Chesterton analyses the state of Protestantism in the early nineteenth and contrasts it to its current state in the 1920's and 1930's, making a point I addressed earlier this month, the change in practice of praying for the dead after World War I. Chesterton states that the Protestant fundamentalism of the early nineteenth century is gone, and the surety that Protestantism is right is gone, but what remains is the automatic certainly that Catholicism is wrong:

But there is something that remains. Anti-Catholicism remains; though it is no longer Protestantism, any more than it is Albigensianism or Donatism. And that is the factor we must grasp and estimate, if we are to estimate the outlook to-day. Protestantism is now only a name; but it is a name that can be used to cover any or every "ism" except Catholicism. It is now a vessel or receptacle into which can be poured all the thousand things that for a thousand reasons react against Rome; but it can only be full of these things because it is now hollow; because it is itself empty. Every sort of negation, every sort of new religion, every sort of moral revolt or intellectual irritation, that can make a man resist the claim of the Catholic Faith, is here gathered into a heap and covered with a convenient but quite antiquated label. When the journalists sav that there is solid Protestantism, all they mean is that there is a pretty heavy reluctance or resistance in the matter of any return of the English to their ancient religion; and this, up to a point, may be quite true. But the heap is a hotch-potch; the resistance is not a rational resistance, in the sense of having a clear and commonly accepted reason; and in so far as it has a prevailing colour, it is quite the contrary colour to that which prevailed in Protestantism. It is even more against Calvinism than against Catholicism; it is even more insistent on works than were the Catholics; it would make a future life far less final and more purely progressive than did the Catholic doctrine of Purgatory; it would make the Bible far less important than it is to a Catholic. On every single point on which the Protestant attacked the Pope, he would now say that the modern spirit was a mere exaggeration of the Popish errors. In so far as there is such a vague modern spirit, common to all these things, a spirit that may be called either liberality or laxity, it never was at any time the spirit of Protestantism. It came from the Revolution and the Romantic Movement, indirectly perhaps from the Renaissance of men like Rabelais and Montaigne; and ultimately much more from men like More and Erasmus than from men like Calvin and Knox. When the Protestant orators in the present crisis repeat rather monotonously, "We will not lose the freedom we gained four hundred years ago," they show how little they share the religion which they defend. Men gained no freedom four hundred years ago; there was no particular freedom about creating the Scottish Sabbath or preaching nothing but Predestination or even yielding to the Tudor Terror or the Cromwellian Terror. But it is arguable that they gained freedom a hundred years ago, as Catholics gained it a hundred years ago. It is tenable that such freedom was the expanding effect of the American and French Revolutions and the democratic idealism which came with the nineteenth century and seems in some danger of declining with the twentieth. Above all, it is arguable that they have a certain kind of freedom now, not because they are Protestants, for they are not; but because they are anything they like and nothing if they like that better; because they are theists, theosophists, materialists, monists or mystics on their own. How much such freedom is worth, or how much chance it has of bearing any fruit in anything positive or creative, is another matter; but in order to anticipate the next phase, it is necessary to realise that this phase is one of negative liberty, not to say anarchy. Whatever it is, it is not Protestantism; and whatever it is, it is not solid.

Someone--not me, since I am not in England and don't know all the current trends except what I read from trusted sources--should be preparing an update to Chesterton's essay as we approach the 200th anniversary of Catholic Emancipation in 2029. I wonder if the anniversary will be celebrated with some analysis of how Catholics have done as part of modern English society since 1829.
Posted by Stephanie A. Mann at 1:00 AM