How Should Catholics "Celebrate" the Reformation? 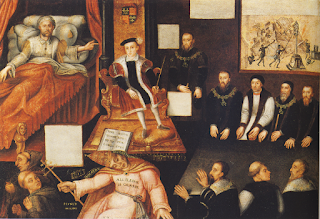 Speaking at Westminster Abbey, during the inauguration of the Church of England’s Tenth General Synod, Fr Raniero Cantalamessa, who has served as Preacher to the Papal Household since 1980, praised the “theological and spiritual enrichment” of the Reformation.

He said: “We need to go back to the time of the Apostles: they faced a pre-Christian world, and we are facing a largely post-Christian world. When Paul wants to summarise the essence of the Christian message in one sentence, he does not say, “I proclaim this or that doctrine to you.” He says, “We preach Christ crucified” (1 Cor 1:23), and “We preach . . . Jesus Christ as Lord” (2 Cor 4:5). This is the real “articulus stantis et cadentis Ecclesiae”, the article by which the Church stands or falls.

“This does not mean ignoring the great theological and spiritual enrichment that came from the Reformation or desiring to go back to the time before it. It means instead allowing all of Christianity to benefit from its achievements, once they are freed from certain distortions due to the heated atmosphere of the time and of later controversies.”

Addressing the Queen and the whole Synod, Fr Raniero Cantalamessa reflected on the preparations for the fifth centenary of the Protestant Reformation, saying, “it is vital for the whole Church that this opportunity is not wasted by people remaining prisoners of the past, trying to establish each other’s rights and wrongs.”

Read the full text of his homily here.

When I think of the Reformation, I have to admit that great theological and spiritual enrichment are not the first things that come to mind. In fact quite the opposite. In this country at least, the Reformation was marked by the reduction of the sacraments from seven to two, by iconoclasm, and by the abolition of many useful spiritual practices, such as devotion to Our Blessed Lady and pilgrimages, and the abolition of the religious life. The widespread opposition to these changes – which included three major rebellions – showed that these practices were much loved by the people of this land. Some welcomed the Reformation, but for others it was imposed at the point of a sword.

Of course there were positives, of which the greatest was the English Bible and the revival in preaching and its offshoot, religious pamphleteering. However, it has to be said that the Catholics had an English Bible too (the Douai Bible) and they certainly had their pamphlets, such as the famous Decem Rationes of Saint Edmund Campion, as well as the shorter work known as Campion’s Brag. These pamphlets were important as evidence of popular religious fervour. The government at the time was desperately keen to stop them.

Perhaps I may be seen by some as trying open old wounds by bringing this up, but it has to be said that there was great spiritual and theological enrichment in the Counter-Reformation as well as in the Protestant Reformation, and the energy of the Counter-Reformation flowed from the pre-Reformation Catholic Church, which was anything but moribund. I am reminded of what my old history teacher once taught me years ago: if Good Queen Mary had lived to be 70, instead of dying in her early forties, England would have remained Catholic. Incidentally, this is something that Professor Eamon Duffy says in his work on Marian Catholicism too.

So, just how should we mark the 500th anniversary of the Reformation? Given that the Reformation and Counter-Reformation were complex phenomena, the best way to mark the anniversary is to immerse ourselves in history. A year long programme of lectures, seminars, along with some historical re-enactments for added fun, would be an enriching experience for all.

I don't think division of the Body of Christ should ever be celebrated: Jesus wanted us all to be one as He and the Father are One. He wanted us all to be united in the same community, receiving Him in the unity of Holy Communion.
Posted by Stephanie A. Mann at 12:30 AM