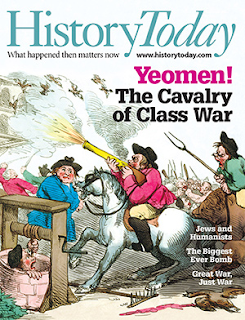 Lady Margaret Douglas, a favourite of Henry VIII, negotiated the shady politics and shifting alliances of the courts of four Tudor monarchs. Leanda de Lisle tells the story of the ‘progenitor of princes’, whose grandson, James VI of Scotland, became the first Stuart king of England.

Henry VIII ordered a dress from his Great Wardrobe for ‘our niece’, Lady Margaret Douglas, to welcome her arrival at court in April 1530. The 14-year-old princess was destined to be a player in key events over four Tudor reigns. Her youthful romances would see her caught up in the fall of two of Henry’s queens, she would be arrested at least four times, imprisoned in the Tower twice and plot – ultimately successfully – for her heirs to inherit Elizabeth I’s throne. In Margaret’s will of 1578 she still remembered her uncle fondly, listing a picture of Henry among her treasured possessions. Yet her dramatic life story and dynastic significance has been obscured by the story of a quarrel between them that never was.

Margaret Douglas was the child of Henry’s elder sister, Margaret Tudor (1489-1541), Queen of Scots by her second husband Archibald Douglas, Earl of Angus. As such she was third in line to the English throne in 1530, following her elder half-brother, the 16-year-old James V of Scots, and Henry’s daughter, Mary Tudor, who was four months her junior. Her parents’ unhappy marriage had been annulled in 1527. The following year her father sought to flee his step-son, who hated him. Archibald had kidnapped Margaret and sent her to Henry as a goodwill gesture, hoping to gain free passage to England in return.