Benedictine Martyrs of the English Reformation 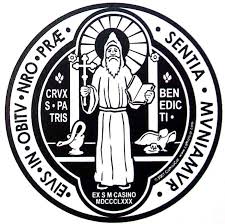 Since July 11 is the feast of St. Benedict of Nursia, founder of Western style monasticism, it seems only right for me to post some background on the Benedictine martyrs of the English Reformation. According to my categorization of the different causes of martyrdom during and after the Long English Reformation, Benedictines suffered as Supremacy Martyrs during the reign of Henry VIII, as Recusant Martyrs during the reigns of Elizabeth I, James I and Charles I, and one as a Popish Plot martyr during the reign of Charles II.

The Benedictine Supremacy martyrs are:

The Benedictine Recusant martyrs are:

The Benedictine Popish Plot martyr is:

Other Benedictines, like Elizabeth Barton and her confessors, suffered for their faith, but have not been beatified or canonized. The Supremacy martyrs were those abbots and monks who suffered during the Dissolution of Monasteries, and again, there were other Benedictines or Cistercians who suffered after the Pilgrimage of Grace who have not been designated as holy martyrs for some reason. Mary I restored the Benedictine order at Westminster Abbey, but with her death, Elizabeth I dissolved the order again. By 1607, there was only one Benedictine monk of the pre-Reformation era alive, Dom Sigebert Buckley, and he is the bridge for the order in the seventeenth century--down to one man!
Posted by Stephanie A. Mann at 1:00 AM