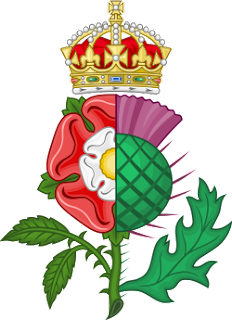 James VI of Scotland was crowned King James of England in Westminster Abbey on July 25, 1603. His wife, Anne of Denmark, was also crowned, but she would not receive Anglican communion since she was a Catholic convert. John Whitgift, the Archbishop of Canterbury, presided over the ceremony. Because of plague in London, there was no procession from the Tower to the Abbey, and the coronation party left London for Winchester on July 26.

In addition to the royal marriage celebrated on July 25, 1554 and this coronation on the same date in 1603, there is another royal event on July 25. In 1593, according to the Catholic Encyclopedia, Henri Bourbon, King Henri IV of France was received into the Catholic Church at the great Basilica of Saint-Denis, north of Paris, after abjuring Protestantism in the presence of Renaud de Beaune de Semblançay, Archbishop of Bourges and Grand Almoner of France and going to Confession. Elizabeth I, who had been supporting the Huguenots against the Catholic Valois monarchs and their allies of the House of Guise, was rather upset, but Henri reportedly commented that "Paris vaut bien une messe"--and was crowned at the Cathedral in Chartres (not at Reims) in 1594.

Image credit. The badge of the Tudor Rose and the Scottish thistle symbolizes how James VI and I united the kingdoms of England and Scotland in his person, if not officially.
Posted by Stephanie A. Mann at 1:00 AM