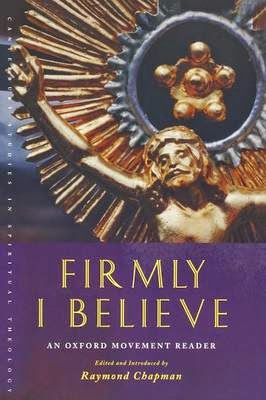 The last of the Tracts of the Times came out on January 25, 1841 and received a very cold reaction that had nothing to do with the winter weather. The full title of Tract 90 is "Remarks on certain Passages of the Thirty-nine Articles."In it, Tractarian John Henry Newman examined the Thirty-Nine Articles of the Church of England and argued that they had more in common with Roman Catholicism than with Protestantism: as he noted in the introduction, "while our Prayer Book is acknowledged on all hands to be of Catholic origin, our articles also, the offspring of an uncatholic age, are, through GOD'S good providence, to say the least, not uncatholic, and may be subscribed by those who aim at being catholic in heart and doctrine." Because of Tract 90, the Oxford Movement was effectively shut down; Newman soon retreated to Littlemore. The Tract was condemned and Newman barely escaped censure--it was a good time to leave town! As he wrote later in the Apologia Pro Vita Sua:I saw indeed clearly that my place in the Movement was lost; public confidence was at an end; my occupation was gone. It was simply an impossibility that I could say any thing henceforth to good effect, when I had been posted up by the marshal on the buttery-hatch of every College of my University, after the manner of discommoned pastry-cooks, and when in every part of the country and every class of society, through every organ and opportunity of opinion, in newspapers, in periodicals, at meetings, in pulpits, at dinner-tables, in coffee-rooms, in railway carriages, I was denounced as a traitor who had laid his train and was detected in the very act of firing it against the time-honoured Establishment.

Canterbury Press publishes the volume pictured above with many excerpts from the Tracts and from sermons by Newman and other clergy in the Oxford Movement:

What we know today as Anglo-Catholicism, a strong and distinctive strand within Anglicanism that accounts for approximately a third of all Anglicans, began with a small act of political protest in an Oxford pulpit. There in 1833 John Keble preached a sermon that gave voice to widespread and growing fears of increasing state control of the Church and erosion of its status.

At the same time, Roman Catholics were enjoying new freedoms in society and Anglicans who regarded themselves as loyal to the Catholic tradition, despite the interruption of the Reformation, saw this as an opportunity to promote Catholic theology in the Church of England.

Keble's sermon sparked an immediate and active response and the Oxford Movement sprang into life. Publications flowed from its luminaries which included John Henry Newman and Edward Bouverie Pusey.

Ninety influential tracts together with Newman's legendary sermons and work by other writers, including some novels, focused on the themes that today characterise Anglo-Catholicism: a high doctrine of the Church as a divine society, the importance of the sacraments, insistence that Anglican clergy were priests in the Apostolic Succession with sacerdotal power, the quest for personal holiness.

Energised by the vitality of the old, true faith, parish life began to be transformed. Religious life revived for the first time since the Reformation, remarkable social work in slum parishes was accomplished and a distinctive liturgical style emerged.

Firmly I Believe offers a wide selection of the writings of the Tractarians and other supporters of the Oxford Movement, introduced with a useful commentary and explanation. This unique volume is both an ideal starting point for students and scholars and a rich treasury of Anglo-Catholic devotion and theology.

I only wish that it had a more robust index so that one could find, for example, Tract 90 excerpts without scanning each chapter! And I must admit that its title is ironic since it quotes a hymn written by Blessed John Henry Newman from The Dream of Gerontius, years and years after his conversion to Catholicism.
Posted by Stephanie A. Mann at 12:00 AM