Pope Francis on Benson's "The Lord of the World" 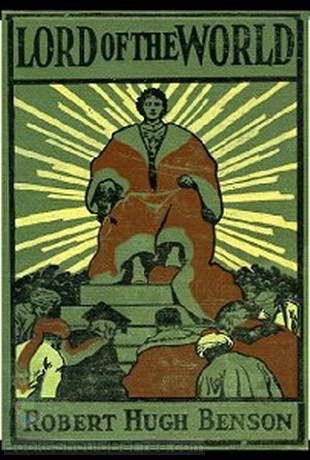 Pope Francis talked about more than rabbits on his flight back from the Philippines. He mentioned Robert Hugh Benson's The Lord of the World in the context of discussing "ideological colonization" when first world countries offer funds to third world countries with strings attached:

There is a book, excuse me but I'll make a commercial, there is a book that maybe is a bit heavy at the beginning because it was written in 1903 in London. It is a book that at that time, the writer had seen this drama of ideological colonization and wrote in that book. It is called "The Lord of the Earth," or "The Lord of the World." One of those. The author is Benson, written in 1903. I advise you to read it. Reading it, you'll understand well what I mean by ideological colonization.

What Pope Francis is referring to is really the claims of secularization to create a perfect society imposed on the world. Pope Francis has referred to Benson's futuristic novel before, as Frances Philips of The Catholic Herald noted in 2014. She then cites Monsignor Robert Barron's analysis on Benson's novel:

Barron writes that it is the story “of the cataclysmic struggle between a radically secularist society and the one credible alternative to it, namely the Catholic Church.” Some people bridle at this claim, yet it is significant that innumerable converts cite it as the single most important reason for their conversion to the Church.

Barron points out that it is impressive that Benson “saw as clearly as he did the dangerous potential of the secularist ideology. By this I mean the view that this world, perfected and rendered convenient by technology, would ultimately satisfy the deepest longings of the human heart.” Benson’s bleak vision shows the “anti-Christ” – a charismatic personage called Julian Felsenburgh – winning all his battles against the Church with deadly efficiency, except for the final confrontation which takes place, not surprisingly, at Megiddo, “sometimes called Armageddon.”

Then Joseph Cardinal Ratzinger also urged his listeners at a speech in 1992 to read The Lord of the World in response to then President George H.W. Bush's talk of a "New World Order", saying that Benson's book depicted "a similar unified civilization and its power to destroy the spirit. The anti-Christ is represented as the great carrier of peace in a similar new world order.".

Father John McCloskey offers an introduction to the book and its author here. Although there are many reprints available, you can also read it online here.
Posted by Stephanie A. Mann at 1:00 AM