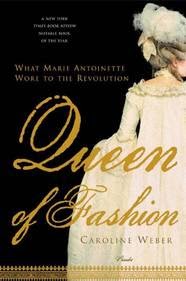 Caroline Weber, author of Queen of Fashion: What Marie Antoinette Wore to the Revolution, wrote in the weekend edition of The Wall Street Journal (subscription required--you might be albe to search for the article and get a "free pass" from The WSJ) to remind us in an essay that: "Charlie Hebdo Is Heir to the French Tradition of Religious Mockery: The Paris magazine targeted by terrorists was part of a radically irreverent school of secular thought that goes back centuries":

The satirical weekly Charlie Hebdo was the conscious heir to a French intellectual tradition with a long history: radical anticlericalism.

Before the Charlie Hebdo era (the magazine dates from the late 1960s), France’s most influential anticlerical thinkers trained their fire on Catholicism—for centuries the country’s state religion. As a rule, however, these individuals objected not so much to precise points of religious doctrine as to the fanaticism, ignorance and persecution that, in their view, tended to accompany “true faith.” The opponents of doctrinaire Catholicism used caricature, irony and humorous blasphemy—thus setting the tone for Charlie Hebdo’s later fight with jihadist Islam.

After describing some of the most famous anticlerical authors, especially Voltaire and the Marquis de Sade, Weber notes that Charlie Hebdo has not ceased its attacks on the Catholic Church: "For all their focus on militant Islam, the editors of Charlie Hebdo, as heirs to this tradition, didn't give Catholicism a pass either." I won't repeat the horrors of their attack on the Archbishop of Paris because it's blasphemy. And if you do subscribe or do get the article free pass, perhaps you'll want to pass on the comments, because they respond to Professor Weber's scholarly article with the usual anti-Catholic, anti-Christian canards that even Voltaire would renounce because of their lack of creativity and correct expression. I'd make a firm distinction between mocking adherents of a religious faith and mocking Almighty God! That's why I would not say "Je suis Charlie"!

Marie Antoinette was certainly a target of the French satirical press of her day and some of the cartoons that lampooned her included anti-clerical attacks on the strong link between the French monarchy and the Church. In Weber's book, she traces how even the clothing and the fabric choices Marie Antoinette made were used against her: whether she dressed too extravagantly or too simply, she would be attacked in the press. Weber's article is an important reminder of France's secular anticlerical heritage.
Posted by Stephanie A. Mann at 1:00 AM