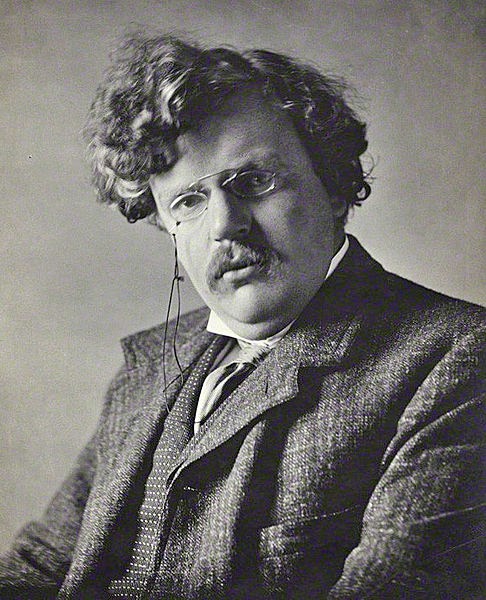 In my innocent and ardent youth I had a fixed fancy. I held that children in a school ought to be taught history, and ought to be taught nothing else. The story of human society is the only fundamental framework outside of religion in which everything can fall into its place. A boy cannot see the importance of Latin simply by learning Latin. But he might see it by learning the history of the Latins. Nobody can possibly see any sense in learning geography or in learning arithmetic – both studies are obviously nonsense. But on the eager eve of Austerlitz, where Napoleon was fighting a superior force in a foreign country, one might see the need for Napoleon knowing a little geography and a little arithmetic. I have thought that if people would only learn history, they would learn to learn everything else. Algebra might seem ugly, yet the very name of it is connected with something so romantic as the Crusades, for the word is from the Saracens. Greek might be ugly until one knew the Greeks, but surely not afterwards. History is simply humanity. And history will humanise all studies, even anthropology.

Since that age of innocence I have, however, realised that there is a difficulty in this teaching of history. And the difficulty is that there is no history to teach. This is not a scrap of cynicism – it is a genuine and necessary product of the many points of view and the strong mental separations of our society, for in our age every man has a cosmos of his own, and is therefore horribly alone. There is no history; there are only historians. To tell the tale plainly is now much more difficult than to tell it treacherously. It is unnatural to leave the facts alone; it is instinctive to pervert them. The very words involved in the chronicles – “Pagan”, “Puritan”, “Catholic”, “Republican”, “Imperialist” – are words which make us leap out of our armchairs.
No good modern historians are impartial. All modern historians are divided into two classes – those who tell half the truth, like Macaulay and Froude, and those who tell none of the truth, like Hallam and the Impartials. The angry historians see one side of the question. The calm historians see nothing at all, not even the question itself.

But there is another possible attitude towards the records of the past, and I have never been able to understand why it has not been more often adopted. To put it in its curtest form, my proposal is this: That we should not read historians, but history. Let us read the actual text of the times. Let us, for a year, or a month, or a fortnight, refuse to read anything about Oliver Cromwell except what was written while he was alive. There is plenty of material; from my own memory (which is all I have to rely on in the place where I write) I could mention offhand many long and famous efforts of English literature that cover the period. Clarendon’s History, Evelyn’s Diary, the Life of Colonel Hutchinson. Above all let us read all Cromwell’s own letters and speeches, as Carlyle published them. But before we read them let us carefully paste pieces of stamp-paper over every sentence written by Carlyle. Let us blot out in every memoir every critical note and every modern paragraph. For a time let us cease altogether to read the living men on their dead topics. Let us read only the dead men on their living topics.