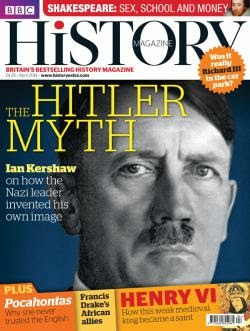 Desmond Seward writes about the veneration of Henry VI in spite of his failings as a monarch in the April issue of the BBC History Magazine. According to the article, which is not available free on-line of course, pilgrimage to his tomb at Windsor rivaled and even eclipsed the pilgrimage traffic to Canterbury and St. Thomas a Becket's tomb. He was never canonized even though Henry VII supported his  cause for sainthood and Henry VIII maintained devotion to him. This blog from the College of St. George at Windsor Castle provides some of the same background as Seward highlights:
The tomb of Henry VI became the object of veneration and the scene of miracles of healing attracted many pilgrims.  Miracles attributed to the King included those connected with one of his treasured relics – an old hat – the King’s Medicine against Headache.   Relics were kept at Windsor until the Reformation.  The metal collecting box for alms still stands beside the tomb. . . .

Henry VI was not considered a successful king but rather a good and holy man widely regarded as a saint.   His one lasting achievement was in education, founding Eton College and King’s College, Cambridge.  At Windsor we commemorate his birthday with the ceremony of the Lilies and Roses.  Boys from Eton College attend an obit service together with representatives from Eton and King’s to lay lilies and roses on the tomb of Henry VI while special prayers are said.

“Let Thy blessing O Lord, be upon the Colleges of Thy servant King Henry VI and as Thou has appointed unto them diversities of gifts, grant then also the same spirit, so that they may together serve Thee to the welfare of Thy realm, the benefit of all men, and Thy Honour and Glory; through Jesus Christ Our Lord”.

Seward notes that one reason Henry VI was held in veneration was his mistreatment and death: not accused or tried, but simply murdered in the Tower of London. Known for his piety, leniency and charity, Henry's death seemed so undeserved. Although Henry VII may have supported his Lancastrian cousin's cause for political reasons, it seems clear that the source of devotion to Henry was lay piety--at least two men condemned to death prayed to Henry and reported that he prevented their being hanged to death by placing his hand between their necks and the rope!

I look forward to the May issue of the BBC History Magazine as it will feature an article by Jessie Childs about recusants during Elizabeth I's reign, based upon her book, God's Traitors!﻿ 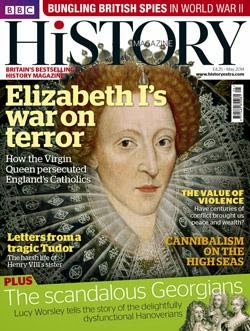