The Black Mass at Harvard and the English Reformation 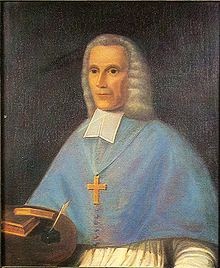 Catholic print and social media have been reporting and commenting frequently the last several days about the planned, but cancelled, Black Mass to be "celebrated" at Harvard University, sponsored by the Harvard Extension Cultural Studies Club. First it was announced that the event organizers had obtained a Consecrated Host, which to Catholics meant that the Real Presence of Jesus, Body, Blood, Soul, and Divinity was to be desecrated in the mockery of the Black Mass--then they backed off from that claim. According to the updated accounts, the venue that was to "host" this educational event, "The Queen's Head" pub cancelled the reservation. Harvard's president descried the campus organization's plan to present the Black Mass but declined to cancel the event herself--she announced her intention to attend the Holy Hour and Benediction scheduled at St. Paul's Parish on Harvard Square. The Harvard Crimson published a student editorial against the event, while the organizers tried to have it both ways--yes, we're mocking Catholic beliefs but we don't really mean anything by it. This controversy has certainly rallied Catholics at Harvard to defend the Real Presence and make reparation for this abuse of our Faith.

The name of the pub originally set to host the Black Mass--and the fact that a pub was initially chosen for the site--called to mind some aspects of English Reformation history. The Queen's Head in Cambridge, Mass., was named for The Queen's Head pub at Southwark in London, founded by John Harvard's family; he is honored in Southwark Cathedral, the former Catholic church, now Anglican, where he was baptized. Harvard willed his library and half his estate to found a college in the Massachusetts's Bay Colony; he was a Puritan minister and his family had connections with William Shakespeare.

But the significance of the location of the Black Mass re-enactment goes deeper, I think. The true Catholic Mass was indeed celebrated in pubs, secretly, during the Penal/Recusant period in England, which lasted from the reign of Elizabeth I to the late eighteenth century. Bishop Richard Challoner celebrated Mass at The Ship Tavern as Vicar Apostolic--the pub's website gets its history wrong, indicating that Henry VIII had made the Catholic Mass illegal during his reign, when of course he still attended Catholic Mass. Under the Elizabethan recusancy laws, lay attendance at Catholic Mass was a felony; the presence of a Catholic priest in England an act of treason, and both "crimes" were punishable by execution. John Harvard probably would have viewed the celebration of the Catholic Mass at his family pub an act of idolatry--but he also would have been appalled at the worship of Satan in a pub on the campus of the university that bears his name.
Posted by Stephanie A. Mann at 12:30 AM