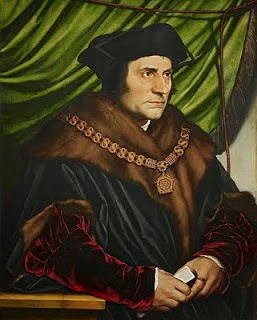 On May 16, 1532, Sir Thomas More resigned as Chancellor of England, succeeded by Thomas Audley. More concluded that he could not influence Henry VIII anymore. He might have hoped for some peace and quiet, but Henry and Cromwell wanted his approval and benediction. More did not attend the coronation of Anne Boleyn; in 1533 and 1534 he was accused of first, accepting bribes, and second of supporting Elizabeth Barton, the Nun of Kent. The first accusation was ridiculous and the second easily disposed of. Nevertheless, he ended up in the Tower of London in 1534 while the government continued to pressure him to take the Oaths of Supremacy and Succession. As he complained of chest pains before, his health deteriorated while in the Tower. 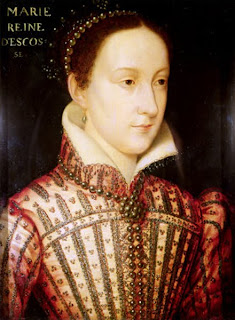 On May 16, 1568, Mary Stuart, the deposed Queen of Scotland left that country after losing the Battle of Langside and escaped to England. She hoped for some support from Elizabeth Tudor to regain her throne. Instead, she was moved from castle to castle (Carlisle Castle, Bolton Castle, Tutbury, and Sheffield) under different degrees of comfort and activity while a trial was held to determine her guilt in her second husband, Henry Stuart, Lord Darnley's death. The trial ended in a strange verdict and she was neither declared guilty or innocent. The only thing that was certain is that she was not going to return to Scotland as Queen. Mary was held under house arrest and became the focus of plots to remove Elizabeth from the throne of England. As she had been a very active person, riding and hunting, the enforced inactivity wore on her.

Both of them were finally brought to trial--Thomas More at Westminster Hall; Mary at Fotheringay Castle. Both St. Thomas More and Mary, Queen of Scots ended their lives kneeling before blocks of wood, waiting for the executioner's blow to fall--More on July 6, 1535 and Mary on February 8, 1587.
Posted by Stephanie A. Mann at 1:00 AM