Happy Birthday to Thomas B. Costain! 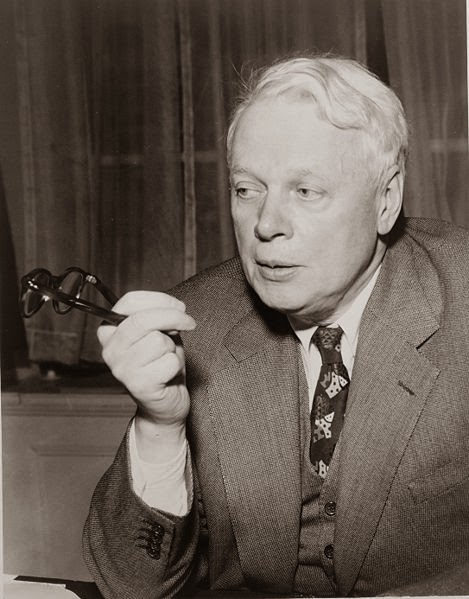 According to this Time Magazine article preview from 1952:

Novelist Thomas Costain has taught history to more people outside the classroom than any professional historian has ever taught inside. His swashbuckling sagas, The Black Rose and The Moneyman, not only gave readers a bowing acquaintance with the courts of Kublai Khan and medieval France, but made Costain himself the contemporary king of historical romance.

The article goes on to express disappointment with the novel under review, The Silver Chalice. You might recall that Paul Newman consistently expressed disappointment in his performance in the movie based on that novel about the cup Jesus used at the Last Supper!

Thomas Bertram Costain was born on May 8, 1885 in Canada.

When I was in high school I read all of his books: and I mean all of his books: history, historical fiction, biography, etc. I have not read them for a long time and perhaps need to review them after the passage of so many years. As I recall the pattern of his historical fiction is that he created a fictional character, usually a male, who interacted with the main true historical character. The fictional protagonist always had some disability or detrimental distinction that set him apart from his family or social class: a limp, bastardy, poverty, etc.The protagonist becomes almost a sidekick to the historical character, who can even be a rival for the romantic relationship the protagonist wants to have with the main female character. This pattern does not reply to all his novels, however, because he wrote about a great variety of eras and several very different types of stories:

For My Great Folly is set during the reign of James I and is about English buccaneers.

Ride with Me is set during the Napeoleonic wars in Spain and Russia.

The Black Rose, perhaps his most famous novel (made into a movie with Tyrone Power in the lead role) is set in China as the protagonist travels with Bayaan of the Baarin, one of Kublai Khan's generals

High Towers is set in French Canada and New Orleans, with the LeMoyne family as the historical characthers

The Moneyman is about Jacques Coeur, Charles VII's financier

Son of a Hundred Kings is set in nineteenth century Canada and is about an orphan trying to find out his parentage (many think he is rich and noble!)

The Tontine is an almost Dickensian work about a lottery: the survivor wins and Costain follows the story of each of the ticket holders through life

The Last Love is about Napoleon at St. Helena and Betsy Balcome

Costain also wrote popular history: a four volume work on the Plantagenet Dynasty in England; the history of the French Regime in Canada, and even the story of Alexander Graham Bell and the telephone. My paperback copies of The Conquerors, The Magnificent Century, The Three Edwards, and The Last Plantagenets fell apart from constant reading.

He died on October 8, 1965. You may read contemporary opinions of his works at Kirkus Reviews, but I will remember all the enjoyment I had reading all his books, found in used bookstores or in new paperback editions.

Happy birthday, Thomas B. Costain! Thank you!
Posted by Stephanie A. Mann at 12:30 AM

Email ThisBlogThis!Share to TwitterShare to FacebookShare to Pinterest
Labels: books, favorite books, Historical fiction, Son of a Hundred Kings, The Black Rose, The Moneyman, The Plantagents, The Tontine, Thomas Costain