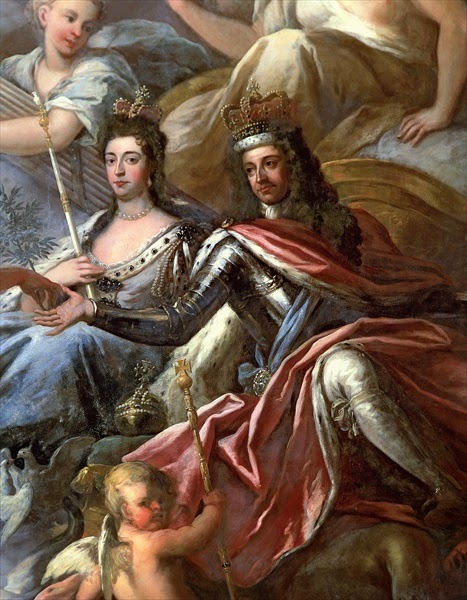 The Act of Toleration, after being passed in Parliament, was approved on May 24, 1689 by William and Mary (1 Will & Mary c 18). The long title of the Act reveals its limited scope: An Act for Exempting their Majesties Protestant Subjects dissenting from the Church of England from the Penalties of Certain Laws (modern spelling). It was limited to allowing some freedom of worship to some dissenters. Catholics and Unitarians were excluded from the Act of Toleration.

The Protestants who dissented from the Church of England (Baptists, Methodists, Presbyterians, etc.) were not "granted" freedom of religion and the Church of England remained the established church--its members had all the privileges of citizenship. England would certainly be protected from the dangers of Catholicism, as this paragraph emphasizes:

Well, a Catholic take the oath required, but then he wouldn't really be a Catholic anymore, would he, because he'd have to deny the Real Presence of Jesus in the Eucharist and the authority of the Pope!

It's interesting to note that this Act of Toleration, and the "Ecclesiastical Enactments" of the Tudor English Reformation(s) were all repealed by the Statute Law (Repeals) Act of 1969. In fact, much of the legislation of the English Reformation was repealed by that Act: Henry VIII's, Edward VI's, and Elizabeth I's. For example, here are Henry's Acts undone: 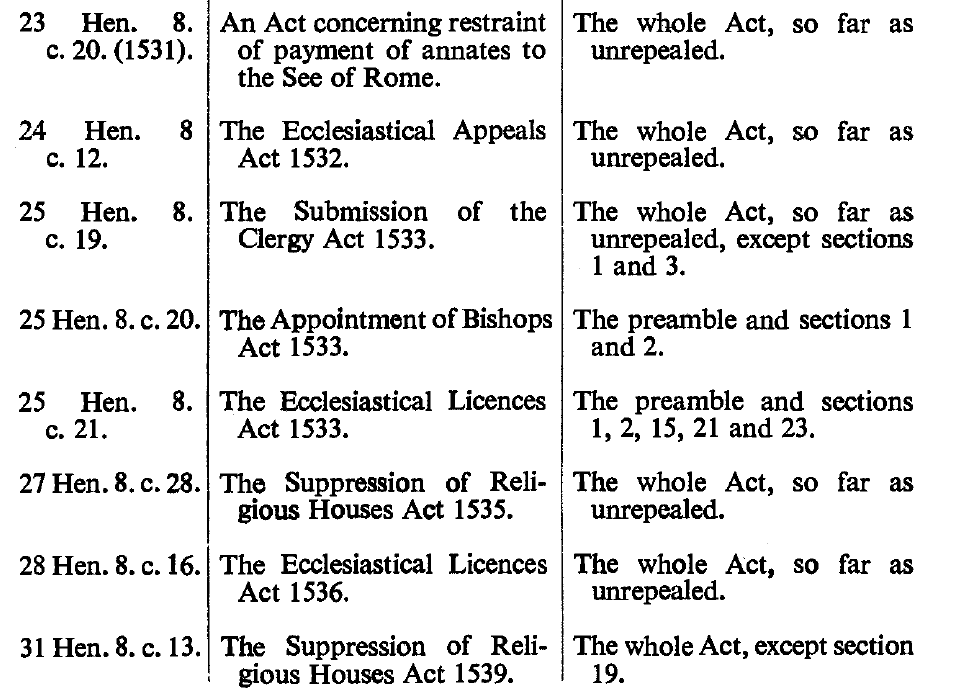