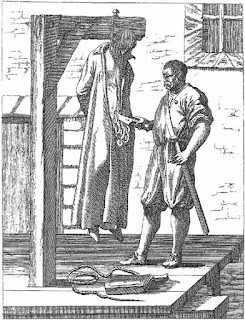 The Pontificial Scots College is celebrating its four hundredth anniversary of priestly formation this week, according to various news releases. Although the college was founded in 1600 to educate Catholics from Scotland who could not study their faith at home, it was in 1616 that it began preparing young men for the priesthood and missionary work in Presbyterian Scotland:

The Pontifical Scots College in Rome was founded on 5th December 1600 by Pope Clement VIII. It provided an education for young Scottish Catholic men who, due to the laws against Catholics, could not receive a Catholic education at home.

Inspired by St John Ogilvie, the sixteen students studying at the College vowed in 1616 to return to Scotland as priests, one year after the Saint’s martyrdom in Glasgow.

During the centuries that followed, the college sent a steady supply of priests to Scotland, being closed only when the French invaded Rome in 1798 and again during the Second World War. For two hundred years Jesuits and Italian secular clergy directed the College, but since 1800 the Rectors have all been from within the ranks of the secular clergy in Scotland.

St. John Ogilvie was hung and drawn in Glasgow on March 10, 1615. The Jesuit Institute has a page with various media, including holy cards, about St. John Ogilvie, who was canonized by Pope Paul VI in 1976. The Archdiocese of Glasgow has been marking the 400th anniversary year of St. John Ogilvie's martyrdom since March 10, 2015, and is wrapping the year with vespers last night and Mass on the feast today. The Jesuits in Britain website summarizes his life and martyrdom:

St John Ogilvie was born in Scotland in 1579, the son of Sir Walter Ogilvie of Drum-na-Keith, Banffshire, and raised a Calvinist. He was sent abroad to further his education and was converted to the Catholic faith.   He entered the Jesuit novitiate in Vienna in 1599 and was ordained in Paris in 1610. After a spell teaching in Rouen, he was allowed to return as a missionary to Scotland where he arrived disguised as a horse dealer in 1613.   Within a year he was betrayed and arrested in Glasgow.  He spent many months in prison under torture defiantly refusing to denounce the pope’s supremacy.   On 10th March 1615 he was tried for high treason, found guilty and executed at Glasgow Cross and his body buried in an unmarked grave.  He was beatified in 1929 and, after a miracle was attributed to his intercession, he was canonised in Rome in 1976.   He is Scotland’s only martyr of the reformation period.
Posted by Stephanie A. Mann at 1:00 AM