The Anglican Ordinariate in the UK, Five Year Status Update 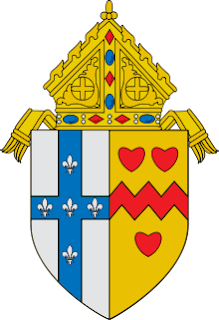 Joanna Bogle updates her readers in The Catholic World Report on the status of the Personal Ordinariate of Our Lady of Walsingham after celebrating its five year anniversary this January:

But is the ordinariate in London attracting many Anglicans, keen to come into full communion with the Catholic Church? Alas, not in any large numbers: tribal feelings and loyalties hold firm. I have spoken to so many worried Anglican friends who say things like: “The old C. of E. is simply disappearing”; “I don’t really approve of women bishops, but what can you do?”; “I feel alienated from my church and don’t really go much now.” But they don’t want to become Catholics, even if they warmly agree with the Church’s moral stance and want to know more about some of the issues (Mary, Eucharistic devotions, confession) on which they have questions. Their attitude is “Yes…but…oh, I don’t know…I’m Anglican. I can’t explain it. But…our family: we’ve just never been Catholic…” and the voice fades into a vague awkwardness. It is precisely these people that Pope Benedict hoped to help with the establishment of the ordinariate: Anglican patrimony, Anglican hymns, traditions, liturgy, Harvest Thanksgiving, Sunday School, flower arrangements…but is it working? Some clergy and laity who initially said they would join have kept postponing the decision; attachment to familiar buildings and to a sense of being part of an established way of things is strong.

However, ordinariate parishes are thriving. They attract all sorts of people: lapsed or semi-lapsed Catholics who through this have reconnected to the Church, people who love the music and the liturgical style, people who find the Mass times or church location convenient, former Anglicans who became Catholic some years ago and now feel particularly at home, young families who like the welcome and the sense of community. . . .