English Jesuits in the Crimean War 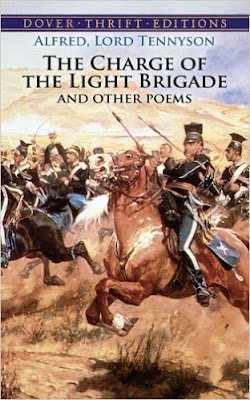 This year, the 30th of March marks the 160th anniversary of the Treaty of Paris: the Treaty which put an end to over two years of fighting between Russia and an alliance of France, the United Kingdom, the Ottoman Empire, and Sardinia in the Crimean War. It was to be a war of several firsts: it was one of the first conflicts to use modern technologies such as explosive naval shells, railways, and telegraphs, one of the first to be documented extensively in written reports and photographs, and it was the first occasion on which the British Government appointed permanent Catholic chaplains to the army.

Among those chaplains were two Jesuits of the English Province (as it was then): Fr Joseph Woollett SJ (1818-1898) and Fr Gerrard Strickland SJ (1822-1856). You may have deduced from the dates of the latter that Fr Strickland was sadly not to return from the Crimea. In an account of Woollett and Strickland prepared for the Letterae Annuae in the Archives (reference UI/10/2) we are told that:

Since the fall of Sebastopol, the English army had enjoyed the best of health, and the hospital work became light. The Frs felt free to offer their services to the chaplain in the French camp and they proposed that they... should visit the French hospitals which were full with cases of fever, scurvy and frost bite...The Frs saw the danger they incurred and could not expect to escape any more than the French clergy – but charity called them and they were happy to answer the call.


Fr Woollett caught the fever in March 1856 but after a severe illness recovered. Fr Strickland was taken ill two days after Woollett embarked for England but was not so fortunate; he died on the 26th of April. He was buried at Cathcart’s Hill and the funeral was attended by the whole of his Regiment, and by men from every other Regiment in the Division.

Father Woollett had met Florence Nightingale on his way to the Crimea; he also met with Frances Taylor, who would become a Catholic and a religious sister, founding the Poor Servants of the Mother of God. In 2014, she was declared Venerable.

The Jesuits were there to provide religious services for the Irish serving in the British army. As this website notes, many Irish rode in the famous "Charge of Light Brigade":

There were in fact 673 men in the Light Brigade, of whom 114, or nearly 20%, were Irish. During the charge 118 (including 21 Irish) were killed, 127 (including 16 Irish) were wounded and 45 (including 7 Irish) were taken prisoner by the Russians. Some 360 horses were also killed. Of the Light Brigade’s five regiments, the Royal Irish Hussars had the most Irishmen; after returning from the Crimea in 1856 they were based in Dundalk.

Additional detail about Irish involvement in the Crimean war from the same site:

Irish involvement in the Crimea was not, of course, confined to the Light Brigade’s charge, which had no effect on the War. In his excellent work, Ireland and the Crimean War, the historian David Murphy reckons that of 111,000 men who fought in Britain’s Crimean army, over 37,000, or one-third, were Irish, of whom some 7,000 were killed. About 4,000 more Irishmen served there in the British navy. The newly introduced Victoria Cross was awarded to 28 Irishmen in the Crimea, Sgt(later General Sir) Luke O’Connor from Elphin, Co Roscommon, winning the first ever VC in 1857.

Over 100 Irishmen served as British army surgeons; and some 33 Irish Sisters of Mercy and Sisters of Charity went as nurses. Florence Nightingale visited the Mercy Sisters in Dublin in 1852, when she considered becoming a Catholic and joining their order. Eight Irish priests went as chaplains to the Crimea, where three of them died.

Irishmen also served in other armies in the Crimea, most of them with the French. The best known were General (later Marshal) MacMahon, who became President of France; Wexford-born General Sutton, Count of Clonard; and General O’Malley. Among those in the Turkish army were General Coleman, who left Ireland after the 1848 rising; Major John Bernard from Co Offaly; and Major Richard Guyon, a Clareman.