Tallis is dead, and Music dies 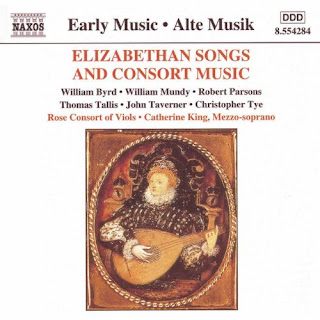 Music's lore delighteth,
Come down from crystal heav'ns above
to earth where sorrow dwelleth,
In mourning weeds, with tears in eyes:
Tallis is dead, and Music dies.

As Naxos notes, the religious changes of the Tudor dynasty influenced Tallis's career and composition styles:

The career of the English composer Thomas Tallis spans the troubled period of the reign of Henry VIII, with the sequestration of monastic property, the Protestant regime of his successor, the re-establishment of Catholicism under Queen Mary, and the subsequent changes under Queen Elizabeth. These political and religious upheavals had an obvious effect on music and musicians. Tallis began his career as organist at the Benedictine Priory at Dover, followed by similar service at Waltham Abbey until the dissolution of the monasteries in 1540. He was then organist at Canterbury Cathedral and in 1543 became a Gentleman of the Chapel Royal, a position he retained until his death. Like Byrd, his pupil, he seems to have remained loyal to the old religion while nevertheless continuing to enjoy royal favour.
Posted by Stephanie A. Mann at 12:30 AM