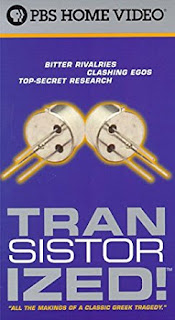 This is an outlier post, I know, but something in a Wall Street Journal story about the Chicago Cubs caught my eye. Writer Jason Gay described the scene outside Wrigley Field in Chicago as the seventh game of the World Series was being played in Cleveland, Ohio. A huge crowd had gathered, waiting to celebrate if the Cubs actually won their first World Series since 1908. The crowd was so big that their cellphones won't work, and the fans couldn't get updates. The problem: no one had an AM/FM radio, a piece of 20th century technology:

Phones didn’t work; the crowd was so thick that local cell capacity was choked. “There is no service,” said 20-year-old Brady Friedkin. A radio might have done the trick, but nobody seemed to have a radio. A thoroughly modern crowd was suddenly reliant on the most primal communication tool: word-of-mouth. It could have been 5,000 years ago. It could have been…1908.

I like web-based and satellite access too, but I think some of us become too dependent on it. For lack of a simple transistor radio, these Cubs fan were forced to search out a television set, some watching a big screen tv in a private residence from the street! (You might remember old movies with scenes of people standing outside stores with television sets in the display window!)

When I was growing up, our family wouldn't think of going to sporting event without a transistor radio; that way we could listen to the play-by-play. Perhaps today we have become too dependent on cellphones and tablets. Yes, the "thoroughly modern crowd" relied upon person-to-person communication, and that's a good thing, but it's amazing to me that "nobody seemed to have a radio"!

Guess what? There's no DVD, only a VHS video of the program, and it's rare. As rare as a transistor radio in the satellite generation.

Oh, and if you're looking for something on the Fifth of November and the Gunpowder Plot, here you go!
Posted by Stephanie A. Mann at 12:30 AM