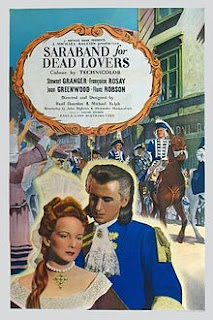 Sophia Dorothea of Celle died on November 13, 1726--she should have been the first Hanoverian Queen Consort of the United Kingdom, but her husband, George I from 1714 to 1727 and the Elector of Hanover from 1698 to 1727, had divorced her.

He had been unfaithful to Sophia Dorothea, having married her for her money--she brought a dowry of one hundred thousand thaler a year. They did have two children, the future George II of England, and another Sophia Dorothea, who married Frederick William of Prussia, and thus was the mother of Frederick the Great. But then George Louis began to flaunt his mistress and treat his wife badly. She sought solace with her Swedish friend Philip Christoph von Königsmarck, whom she had met in Celle when he was sixteen. It's not clear whether or not they were lovers, but George Louis used the letters they'd exchanged as evidence of Sophia Dorothea's unfaithfulness to him and divorced her. Königsmarck disappeared, and was presumably killed by agents of the Elector--who then imprisoned Sophia in the Castle of Ahlden, where she remained under close guard from 1694 to 1726. Her son George thought his father had treated her badly and that contributed to the animosity between father and son--her daughter put on mourning for her mother at the Court in Prussia and that enraged George I, who died just a month later.

The story of Sophia Dorothea and Christoph von Königsmarck was made into an excellent historical film, Saraband for Dead Lovers. TCM.com has several scenes from the movie, made in 1948 at Ealing Studios. Joan Greenwood and Stewart Grainger play the dead lovers, while Peter Bull is the brutal husband and Flora Robson the scheming mistress. Francoise Rosay plays the Electress Sophia, who detested her daughter-in-law, in spite of her one hundred thousand thaler a year.

The choice of the title of the movie, which was based on a novel by Helen Simpson, emphasizes the courtly setting of the story. A Saraband, based upon a Mexican/Spanish dance, developed as an intricate dance in the Italian and French courts. Here's one example of the dance and here's another; Bach and other Baroque composers included the Saraband as a movement in their suites. If you like Stanley Kubrick's Barry Lyndon, you might remember the Saraband from Handel featured in that movie's soundtrack.
Posted by Stephanie A. Mann at 12:30 AM