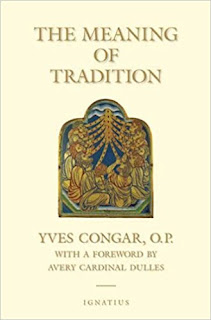 At the Spiritual Life Center of the Diocese of Wichita on Tuesday, August 22 at 7:00 p.m.:

Apologia: The Merit of Tradition
Defending the Faith in the 21st Century
Stephanie A. Mann

apologia or ἀπολογία (Greek): a speech in defense

An apology, in the classical sense, is a reasoned defense of the faith.

Join Dusty Gates, M.A., and guest presenters for these sessions of apologetic dialogue. Each session will address a different topic, pertinent to 21st century Catholics, which we have the need and obligation to be able to defend and explain: firstly for ourselves, secondly to our families and religious brethren, and thirdly to the greater public who may inquire of us; either as seekers of the faith, or as its attackers.

Protestants and Catholics alike often ask, "Where is that Catholic Church teaching in the Bible?" Thus, even Catholics are influenced by one of the basic tenets of the Protestant Reformation: sola scriptura, citing the Holy Bible as the only source of authority in Christianity. The Catholic Church has consistently taught that there are two sources of authority in the Church: the Tradition of the Church and the Holy Bible, formed and canonized by that Tradition. This month's Apologia at the Spiritual Life Center, presented by Stephanie A. Mann, will explore this teaching and look at how even Protestants have Tradition in their communities' authority for being a Christian.

Each session features a one hour presentation on one topic, followed by 15-30 minutes for Q/A and discussion of this topic, and/or any topic pertaining to apologetics.

Seems natural that someone interested in Church History would be interested in Tradition! In preparation for this presentation next month, I've been reading Yves Congar's The Meaning of Tradition. Congar, a Dominican and periti at the Second Vatican Council, wrote two longer works on Tradition: La Tradition et les traditions: essai historique and La Tradition et les traditions: essai théologique, combined in the English translation as Tradition and Traditions: An historical and a theological essay. Ignatius Press provides an excerpt from The Meaning of Tradition, the introduction, here.
Posted by Stephanie A. Mann at 12:30 AM