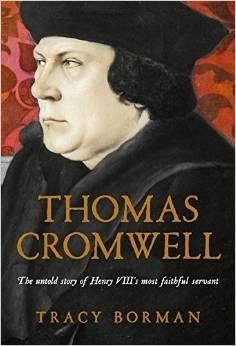 The travel writer Colin Thubron once told me that to understand a country and its people he first asks, ‘What do they believe?’ This is also a good place to begin when writing about the past, not least when your subject is Thomas Cromwell, a key figure in the English Reformation. But Tracy Borman’s Cromwell doesn’t have beliefs so much as qualities: ones that will appeal to fans of the fictional Cromwell of Hilary Mantel’s Tudor novels.

Borman’s Cromwell likes women, and is nice to the poor. True he fits up Anne Boleyn on treason charges, and has the illiterate nun Elizabeth Barton executed without a trial. But then he is a ‘pragmatist’, and much of his killing, torturing and bullying is ‘self-defence’. He is a loving husband, or at least there is no evidence that he isn’t. He is also a ‘witty and generous host’, unless your name is Mark Smeaton. In which case, your arrival at Cromwell’s lovely home will be followed by your confessing to having had sex with Henry’s VIII’s wife. Your next meal will be in the Tower.

This Cromwell also dislikes many bad things. Neighbours, for example: at least those with possessions he covets. When he builds a new house he pinches the gardens of those around him (and there are other lapses of kindness to ordinary folk). But in particular he hates the ‘corrupt’ Roman Catholic church, its ‘medieval seven sacraments’ (don’t they still have seven?), and ‘idolatry’. Although (naturally) a great lover of art, this obliges him to order that ‘statues, rood screens and images be destroyed in churches and religious houses across the land’. And in the case of monastic land, it soon belongs to the king.

Read the rest here. De Lisle is not impressed by Borman's understanding of what Cromwell believed about Jesus Christ and His Church:

Between 1533 and 1540 Cromwell carried out Henry VIII’s will as his secretary, enforcer and vicar-general. In this, according to Borman, he was always ‘a pragmatist rather than an idealist’ and ‘Henry VIII’s most faithful servant’. Like the king, Cromwell remained a Catholic, just not a ‘Roman’ Catholic, we are told. Unfortunately, Borman is very confusing on the religious issues. One minute Cromwell is ‘ambivalent’ about the Lutheran doctrine of justification by faith alone. Next he is a ‘radical’, pleased to see that the 1536 Ten Articles on religion have the words ‘justification’ and ‘faith’ used in close proximity. He is ‘frustrated’ that they continue to ‘assert that the body and blood of Christ were really present at the Eucharist’. Yet, we are reassured later, Cromwell believed firmly in the real presence.

Could Thomas Cromwell not have known what he believed about how Jesus Christ intended His Church to lead souls to Heaven? If he was so inconsistent, what he trying to achieve in all the religious changes he helped implement? If it was only his power and influence over his monarch, his wealth and financial security--then he is no one to admire but only pity, for then he would have been a fool. All through his career at Henry VIII's Court he had seen people fall from power (and he'd had a hand in some of those falls): he should have known he could not survive for long.
Posted by Stephanie A. Mann at 12:30 AM