An Interesting Assignment for England's Primate 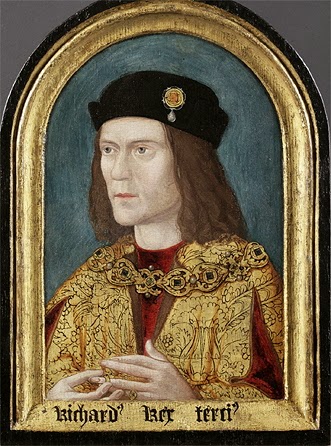 Vincent Cardinal Nichols, Archbishop of Westminster, is scheduled to offer the homily at a Compline service at the formerly Catholic church now Anglican Cathedral during the programme of Richard III's reinternment. He will also offer a Requiem Mass at the Holy Cross Priory in Leicester, according to The Catholic Herald:

Cardinal Vincent Nichols of Westminster is to take part in services marking the reinterment of Richard III at Leicester’s Anglican cathedral in March next year.

The cardinal will preach at a service of compline on the day the king’s remains are received into the cathedral and will celebrate a Requiem Mass the next day at a nearby Catholic parish.

Dominican friars will also sing vespers at the cathedral in the run-up to the reinterment and Fr David Rocks OP, parish priest, will preach at a lunchtime Eucharist.

The Dominicans are filling in for the Greyfriars, in whose priory Richard III was originally buried after the Battle of Bosworth Field. That priory, of course, was destroyed after the Dissolution of the Monasteries so that Richard's remains were lost.

If Richard III had won the Battle of Bosworth Field, none of these events scheduled for next March would be taking place. None of the martyrs remembered at Holy Cross Priory would have spoken their last words at Tyburn or on Tower Hill. None of the religious changes of the Tudor dynasty would have occurred. There would be no established Church of England. I doubt very much that Cardinal Nichols will bring all that up.

“The death of King Richard III at the Battle of Bosworth in 1485 was a decisive moment in English history. Following his death, Richard III was buried in the Franciscan Friary in Leicester, and his body lay in its grave until it was discovered in 2012. It is now fitting that his remains should be reinterred with dignity and accompanied by the prayers of the Church in Leicester Cathedral, the mediaeval parish church of Leicester. We commend all who have died to the love and mercy of Almighty God, and continue to pray for them, as we shall for Richard III and all who have lost their lives in battle.”

The Anglican Cathedral has a separate website for King Richard in Leicester.
Posted by Stephanie A. Mann at 1:00 AM