Your Own Personal Tour of an Historic Building 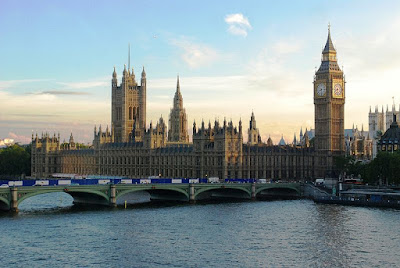 Elizabeth Chadwick, an author of historical fiction set in Medieval England, offers this post on the English Historical Fiction Authors blog about a personal tour she received of the Palace of Westminster. Since she writes about William Wallace, she was attuned to certain things during the tour:

A little while ago, A reader called Mike Pinchen wrote to me to say he'd been enjoying the novels about William Marshal. He also told me that he worked as an usher for Black Rod's department at the House of Lords and that should I ever wish for a bespoke guided tour of the Palace of Westminster, he would be delighted to show me round. How could I refuse? What a wonderful and unique opportunity. I accepted with alacrity and delight. Thank you Mike. What gave the invitation that extra frisson is that 800 years ago, John Marshal - hero of my novel A Place Beyond Courage, was in charge of the King's ushers, and the Marshal always carried a rod of office when on official business. We also know the name of two of the ushers from John Marshal's time - Bonhomme and Ralf. What a connection down the centuries. It gives me a feeling of warmth and pride and security to know that the job still exists. I guess that's what experiencing roots and continuity does for you.

She describes visiting the House of Commons, Westminster Hall, the undercroft chapel, (more images here from another source on flicker) and the House of Lords, and provides photographs of the areas where photography was allowed. It's a very worthwhile post.

Reading it led me to consider what I would really pay attention to and be meditating on when given a personal tour of the Palace of Westminster. In Westminster Hall I would certainly want to find the marker on the floor designating St. Thomas More's trial, but would also remember St. John Fisher and many others tried and convicted there, some later led to martyrdom on Tower Hill or at Tyburn Tree. St. Mary's Undercroft looks absolutely gorgeous and I would enjoy the Gothic glories there, while in the House of Commons again, I would think, not of William Marshal, but of Thomas More withstanding Thomas Cardinal Wosley, or of Charles I entering the House of Commons to arrest certain members of that house who had already fled. Visiting the chapel in the undercroft would also call to mind the Gunpowder Plot and Guy Fawkes's capture while checking on the gunpowder stored in the undercroft to plow up the Houses of Parliament; today is the anniversary of the trials in 1606 of the surviving conspirators in Westminster Hall. Found guilty of treason, they were scheduled to be executed the last two days of January, two cold midwinter mornings.