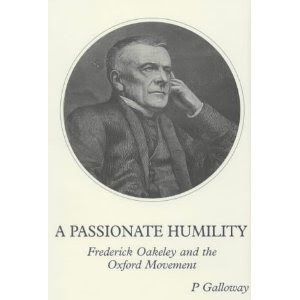 Frederick Oakeley died on January 30, 1880; he is better known for his English translation of Adestes Fideles (O Come All Ye Faithful), but he was a member of the Oxford Movement, friend of W.G. Ward, defender of Newman's Tract 90, and a Catholic convert and priest.

He was born on September 5, 1802 and attended Christ Church at Oxford, becoming a Fellow at Balliol College. He defended W.G. Ward when Ward defended Newman's Tract 90--Ward was removed from his post at Balliol. Oakeley also defended that Tract in which Newman judged that Anglican doctrine was closer to Catholic doctrine than to Protestant, and he lost his living at Margaret Chapel in London.

Thereafter, he joined Newman's community in Littlemore and became Catholic a few weeks after Newman. He studied at St. Edmund's College and was ordained by then Dr. Nicholas Wiseman in 1847.

According to the Catholic Encyclopedia of 1911: