The Death of Bonnie Prince Charlie 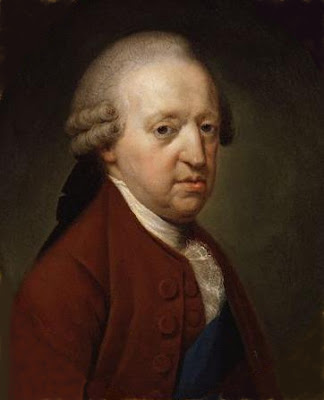 According to Theo Aronson in Kings Over the Water: The Saga of the Stuart Pretenders, the Young Pretender, AKA Bonnie Charlie, born Charles Edward Stuart, actually died on the anniversary of his grandfather's execution on January 30, 1788. His death, however, is dated January 31st of that year.

After the defeat at Culloden in '45 and the Holy See's recognition of the House of Hanover after Prince Charles' father died in 1766, the Pretender wandered in Europe, sometimes calling himself the Duke of Albany.

His wife, Princess Louise of Stolberg-Geden, left him in 1780, claiming abuse. He legitimized his daughter Charlotte, born of his mistress Clementine Walkinshaw, in 1783. They stayed together in Rome and Florence until his death in 1788. Prince Charles was first buried in the Cathedral Basilica of St. Peter's in Frascati where his brother was bishop, but then he was moved to St. Peter's Basilica when Henry Cardinal Stuart died in 1807. That's where the Prince Regent, later George IV of the House of Hanover, supported the construction of a monument by Antonio Canova to the three Stuart Pretenders--the threat was gone, after all--commemorating the saga of the Kings over the Water.
Posted by Stephanie A. Mann at 2:05 AM