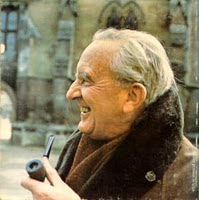 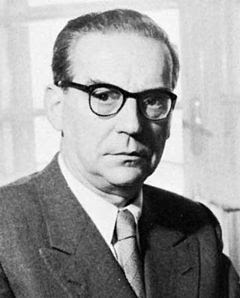 Elena Maria Vidal features this story on her Tea at Trianon blog: why the Nobel Prize committee passed on J.R.R. Tolkien and instead chose Ivo Andrić in 1961! Now it seems like a very shortsighted choice, and it was my first reaction too. But when I looked at the life and works of Ivo Andrić it made me think twice:

Ivo Andric was born in the village of Dolac, near Travnik, in 1892. After spending his youth in his native Bosnia, which was at the time part of the Austro-Hungarian Empire, he studied philosophy at the Universities of Zagreb, Vienna, and Cracow. His studies were interrupted by the outbreak of the First World War, at the beginning of which he was jailed for his anti-Austrian activities. After receiving a doctorate in letters from the University of Graz in 1923, he entered the Yugoslav diplomatic service. The last diplomatic post he held was that of Yugoslav minister in Berlin. When Germany invaded Yugoslavia in 1941, Andric returned to Belgrade and lived there in seclusion throughout the Second World War. He has continued to reside in the Yugoslav capital.

Andric started his literary career as a poet. In 1914 he was one of the contributors to Hrvatska mlada lirika (Young Croatian Lyrics). At the end of the war he published two books of lyrical prose - one of them entitled Nemiri (Anxieties), 1919 - which, written in the form of a diary, reflect Andric's experiences of the war and his imprisonment. There followed a long period in which Andric concentrated on the writing of short stories. His first novella, Put Alije Djerzeleza (The Trip of Alija Djerzelez), published in 1920, early manifests a dominant trait of his creative process. Andric takes his material from the life of Bosnia, but through this local material he presents universal human problems. In the period between the two world wars Andric published three books of short stories under the same title, Pripovetke (Stories), 1924, 1931, 1936.

During the Second World War, in the leisure imposed on him by the circumstances, Andric wrote his three large works, all of which were published in 1945: Na Drini cuprija (The Bridge on the Drina), Travnicka hronika (Bosnian Story), and Gospodjica (The Woman from Sarajevo).

The first two of these works - both of them chronicles rather than novels in the strict sense - deal, like most of Andric's work, with Bosnia and her history. The author describes the life of this region in which East and West have for centuries clashed with their interests and influences, a region whose population is composed of different nationalities and religions. Andric is at his best when he limits himself to his native Bosnia and her people.

In Gospodjica and Nove pripovetke (New Stories), 1948, Andric presented present-day people and problems. He dealt with the psychology of the wealthy, with the war and postwar periods, and with the formation of a new society. But in Prokleta avilija (Devil's Yard), 1954, Andric returned to his favorite milieu and described the experiences of a Bosnian Franciscan, Fra Peter, who is put in an Istanbul jail, being wrongly accused of plotting against Ottoman rule. In 1960 Andric published another collection of stories, Lica (Faces). He has also written several essays, prominent among which is Zapisi o Goji, (Notes on Goya), 1961.

He also wrote a doctoral dissertation on the effects of Turkish rule on Bosnian spirituality; read more about his works here. Here are two of his poems reflecting on his imprisonment in 1914, translated into English:

In the semi-darkness and silence
Night want of dream, day want of peace.
My soul was lightly forgetting
In a wreath of wounds.
But this morning, with the first rays of the sun
Memory squealed with a horrible voice
And the blood gushed from every wound:
They brought me a jug of water
And for the first time, in horror,
I perceived on the dark water
My image, sunken, pale, and evil.
****************************************

This morning they took me out into the sun.

The masts of some ship behind the wall,
good and satisfying sunny minutes,
and nothing else to be seen.
But just the thought that by that same sun
your glowing paths are also lit -

and like the liquid gold of eyesight
the tears followed in a steady stream.
I closed my eyes.

When I returned, i found my cell
dark and damp, and the guard - with his sword
and a consoling face -
thought, the poor thing, that I was weeping for the sun.

Email ThisBlogThis!Share to TwitterShare to FacebookShare to Pinterest
Labels: J.R.R. Tolkien, Nobel Prize, The Lord of the Rings