Wales and the Catholic Church 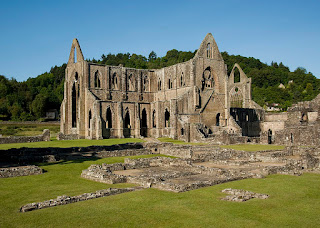 With the commemoration of St. John Jones the Welsh Franciscan martyr yesterday, I thought I'd mention a couple of interesting links on the Church and Wales, occasioned by this article in the National Catholic Register:

For centuries, they came. Trudging along narrow footpaths, often precariously perched atop steep cliffs that plunged down to the Irish Sea, the pilgrims had one mission: to reach Bardsey Island.
Bardsey Island sits off the blustery northern coast of Wales, and evidence indicates it has been a site of worship since the Bronze Age (3600-1200 B.C.). In the sixth century, St. Cadfan began construction of a monastery there that eventually became home to many devout monks, causing Bardsey to become an important site for the Celtic Christian Church. Over time, the faithful began flocking to the island on pilgrimage. As their numbers swelled in the Middle Ages, the Pope declared that three pilgrimages to Bardsey Island equaled one pilgrimage to Rome.

Eventually, the island became known as the “Island of the Saints,” and it was said 20,000 holy people were interred there.

And of course, one of the most evocative of all the monastic ruins, Tintern Abbey, is in Wales: Here is a site dedicated to the Welsh Abbeys and other holy sites in Wales. Tintern Abbey, of course, inspired William Wordsworth. (Image credit: wikipedia.)
Posted by Stephanie A. Mann at 12:21 AM