Newman and Converts and the Church 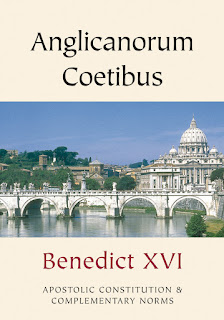 Matt Swaim--who also works for the Coming Home Network--and I will talk about Blessed John Henry Newman and conversion on the Son Rise Morning Show at about 7:50 a.m. Eastern DST/6:50 a.m. Central DST. All last week we prayed at the daily Masses of the Octave of Easter for those who joined the Church at the Easter Vigil, particularly through Baptism. According to CRUX, publishing a story by the Catholic News Service:

WASHINGTON, D.C. - Tens of thousands of new Catholics are expected to join the Catholic Church at Easter Vigil liturgies in parishes throughout the United States the night of April 20.

While a precise number was not available, reports from 89 U.S. Latin-rite dioceses, roughly half the total number, indicate that their dioceses alone will account for about 37,000 Catholics joining the Church.

As the article states, many of those who became Catholic on Saturday, April 20, came through a parish Rite of Christian Initiation of Adults. They were prepared for the Rites of Initiation: Baptism, Confirmation, and Holy Communion, through study, prayer, reflection, questions and answers, practices and rehearsals, and the final decision to join the Catholic Church, either leaving another faith community or coming to the Sacraments for the first time.

But how has the Church or the individual parish been prepared to receive them? Welcome them beyond a "recruiting" process, and help them become part of the parish? The process of initiation can't end at the Easter Vigil.

That was a concern Newman certainly had about the individuals and groups of Anglican converts coming to the Catholic Church in the 1840's and later. The converts had to be prepared for the Church, but he also thought the Church needed to be prepared for them: how to welcome them; how to integrate them; how to make use of their education and abilities. As he commented:  “There are those who only wish to convert, and then leave the poor converts to shift for themselves, as far as knowledge of their religion goes. The other end which is so important, is what I call levelling up." He did not want failed conversions: “I am afraid to make hasty converts of educated men lest they should not have counted the cost & should have difficulties after they have entered the Church . . . . ”

It is true that Newman thought the Catholic Church in England needed to focus on making sure the Catholics she had were well formed and educated, but he also worked with hundreds of prospective converts, helping them prepare for life in the Catholic Church, to understand what they faced with their families and friends, etc. But when he knew that they believed that the Catholic Church was the one, true Church that Jesus had founded, he insisted that they should become Catholics as soon as possible and he pointed to the example of himself and others who may suffered loss and trouble in temporal matters, but had received great spiritual consolation and comfort in knowing they were in the "one fold of Christ."

Father Stanley Jaki and Peter Wilcox have written about the letters Newman sent to prospective converts and those who had joined the Church, advising them, consoling them, urging them to be patient, forbearing, and brave.

The Anglican Ordinariate, which will celebrate the 10th anniversary of the publication of Anglicanorum Coetibus this November 4th, provides a structure for groups of Anglicans coming into the Catholic Church. The Pastoral Provision which Pope John Paul II arranged in 1980 still assists individual Anglicans and Episcopalians. The Coming Home Network--perhaps I should interview Matt!--reaches out to all Protestant pastors and their families to help them in their journeys to the Catholic Church. For most of the men, women and children who became Catholic at the Easter Vigil on April 20, however, it will be up to the parishes they joined to help them progress in their love of Jesus and His Church.
Posted by Stephanie A. Mann at 12:00 AM