Here Is the Little Door, Again 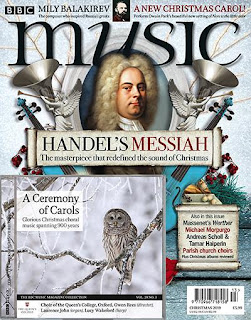 So yesterday I was on the Son Rise Morning Show talking with Matt Swaim about the Chestertons and Christmas. In my preview to the interview I mentioned that one of Frances Chesterton's poems, "Here is the Little Door" had been set to music by Herbert Howells.

Now he's not the only one. BBC Music commissions a new carol every year. This year, composer Owain Park chose to set Frances Chesterton's poem:

Here is the little door, lift up the latch, oh lift!
We need not wander more but enter with our gift;
Our gift of finest gold,
Gold that was never bought nor sold;
Myrrh to be strewn about his bed;
Incense in clouds about his head;
All for the child that stirs not in his sleep,
But holy slumber holds with ass and sheep.

Bend low about his bed, for each he has a gift;
See how his eyes awake, lift up your hand, O lift!
For gold, he gives a keen-edged sword
(Defend with it thy little Lord!)
For incense, smoke of battle red,
Myrrh for the honoured happy dead;
Gifts for his children, terrible and sweet,
Touched by such tiny hands, and Oh such tiny feet.

One of my favourite carols [as a chorister at St Mary Redcliffe Church in Bristol] was Howells’s 1918 setting of Frances Chesterton’s poem Here is the little door. Howells’s music allows the words to resonate with both choir and congregation – at St Mary’s there was always an extra few seconds of quiet after we’d finished singing it. The poem consists of two stanzas: the first is reflective and subdued while the second is more colourful and lively.

Most lines seem to end strongly after a more questioning start, and so I’ve tried to express this using tension and release in the harmony. A lot of my choral music has been in many parts and is quite difficult to sing, so I wanted to sustain a simple idea over two verses without any divided parts. My hope is that I have captured something of the wonder I felt as a young singer.


The words are key to my setting of Here is the little door. I would encourage singers to be as expressive as possible with the text, even when everyone moves together. I’ve kept one set of words throughout to keep the score as uncluttered as possible, which sometimes means that the words aren’t vertically aligned with your part. Always move with your note, and with confidence. It would be a good idea for everyone to read through the poem together, to develop a collective interpretation.

The score is available here. A preview the Christmas 2019 issue is here.

As David Faberberg said in his 2013 book's title: Chesterton is everywhere!! Both of them!

By the way: David Faberberg may not be everywhere, but he is scheduled to be here in Wichita for the 10th annual Eighth Day Institute Symposium!
Posted by Stephanie A. Mann at 12:00 AM