BBC and the Sixteen (Harry Christophers) on Sacred Music 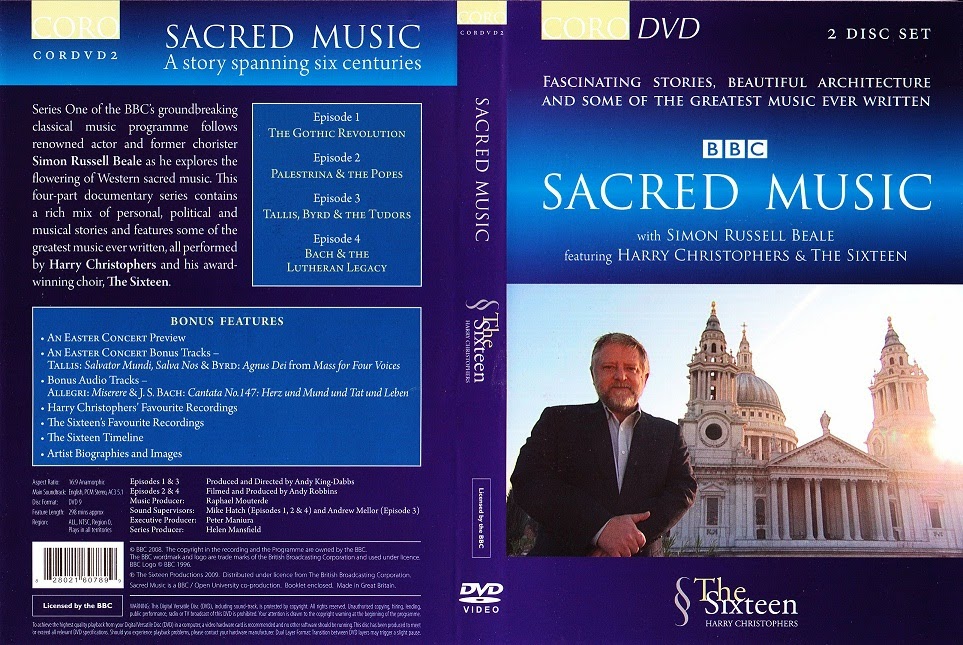 Over the past couple of weeks, my husband and I have watched this DVD set from the BBC/CORO: Sacred Music, hosted by Simon Russell Beale, with musical excerpts and commentary by The Sixteen and Harry Christophers. Note the words "musical excerpts"; The Sixteen perform parts of the works under discussion as examples. These are not complete performances.

The four episodes are:

The only one I did not enjoy as much as the others was Palestrina & the Popes, mainly because Simon Russell Beale presented the Renaissance/Reformation popes so unfairly. What do I mean by that? First he speaks of one pope as being totally corrupt and reprehensible--and that's very bad. Then Beale speaks of another pope as being devout and and ready to impose reforms and improve morals--and that's even worse! 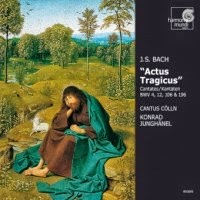 The first episode I love because it's set in Paris and Notre Dame with a trip to St. Denis, and because of its fascinating explanation of the development from plainchant to polyphony. The episode on Tallis and Byrd offers the great insight into how much William Byrd focused on the words of the sacred texts of the Mass and the Holy Bible to write his music. Byrd was not using plainchant forms or models to adapt them to the words, but beginning with the words to create the most beautiful and appropriate music he could to elucidate their meaning.

The fourth episode focuses on Luther's changes to liturgical prayer to include congregational singing, the vernacular, and the organ -- and how those changes influenced Bach. Johann Sebastian Bach created more than a thousand works of music, most of them for the Lutheran church. We had recently started listening to Actus Tragicus, a CD of early cantatas from Harmonia Mundi, so we were glad to learn more about Bach's choral music.

I recommend the DVD set, with the warning that the discs do not present complete performances and my discontent with the second episode noted.
Posted by Stephanie A. Mann at 1:00 AM