An Advent Hymn: Creator of the Stars of Night 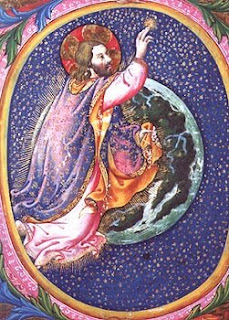 A Clerk of Oxford features this hymn in this blog post, which features different translations from the Middle Ages. The modern translation I'm most familiar with is, of course, by John Mason Neale:

Creator of the stars of night,
Thy people’s everlasting light,
Jesu, Redeemer, save us all,
And hear Thy servants when they call.

Thou, grieving that the ancient curse
Should doom to death a universe,
Hast found the medicine, full of grace,
To save and heal a ruined race.

Thou cam’st, the Bridegroom of the bride,
As drew the world to evening-tide;
Proceeding from a virgin shrine,
The spotless Victim all divine.

At Whose dread Name, majestic now,
All knees must bend, all hearts must bow;
And things celestial Thee shall own,
And things terrestrial, Lord alone.

O Thou Whose coming is with dread
To judge and doom the quick and dead,
Preserve us, while we dwell below,
From every insult of the foe.

To God the Father, God the Son,
And God the Spirit, Three in One,
Laud, honor, might, and glory be
From age to age eternally. Amen.

And the Latin original:

So why is it particularly an Advent hymn, often sung at Vespers? It has been part of the Church's Divine Office for centuries, sung to Plainchat (Mode IV). The hymn speaks of Christ's coming for our salvation in terms of eternity and the universe. He created the stars and all light and He comes into the world as Incarnate man to bring us even greater light. This blog post, from a Benedictine monk in Ireland, quotes Pope Benedict XVI from his encyclical Spe Salve:

At the very moment when the Magi, guided by the star, adored Christ the new king, astrology came to an end, because the stars were now moving in the orbit determined by Christ. This scene, in fact, overturns the world-view of that time, which in a different way has become fashionable once again today. It is not the elemental spirits of the universe, the laws of matter, which ultimately govern the world and mankind, but a personal God governs the stars, that is, the universe; it is not the laws of matter and of evolution that have the final say, but reason, will, love–a Person. And if we know this Person and he knows us, then truly the inexorable power of material elements no longer has the last word; we are not slaves of the universe and of its laws, we are free.
Posted by Stephanie A. Mann at 12:30 AM