The Blessed Virgin Mary and Current Events in England 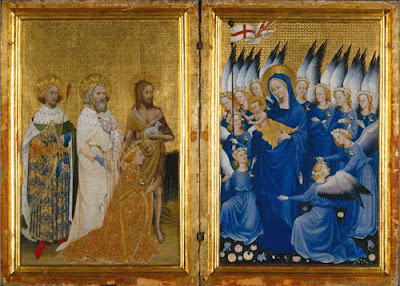 Bloggers on The Catholic Herald have been commenting on the looting and rioting in London, Birmingham, Manchester and other cities. William Oddie, Francis Philips, and Father Alexander Lucie-Smith have considered what has caused this violence from a Catholic angle.

William Oddie's post is titled "Now we have proof that abolishing parental rights and encouraging single-parent families was disastrous: the disaster has happened". He references a specific law that weakened -- nay abolished --parental rights in England:

. . . the Children Act 1989, which abolished parental rights (substituting for them the much weaker “parental responsibility”), which encouraged parents not to spend too much time with their children, which even preposterously gave children the right to take legal action against their parents for attempting to discipline them, which made it “unlawful for a parent or carer to smack their child, except where this amounts to ‘reasonable punishment’;” and which specified that “Whether a ‘smack’ amounts to reasonable punishment will depend on the circumstances of each case taking into consideration factors like the age of the child and the nature of the smack.” If the child didn’t think it “reasonable” he could go to the police. It was an Act which, in short, deliberately weakened the authority of parents over their children and made the state a kind of co-parent.

He wonders if the current government will have the will to encourage the rebuilding of the ordinary family, with a father and a mother, and children, with grandparents, aunts and uncles, and cousins providing the extended family -- not the state! That's the Catholic moral view from The Catholic Herald.

Francis Philips' article title is a little shorter: "Christianity is no longer the soul of public life: that’s why anarchy broke out last week". While expressing the hopefulness that comes with every World Youth Day, she also notes that the riots are extremely disheartening she knows why:

Everyone in the media has a different explanation for the roots of the recent riots in London and elsewhere. Actually, as Christians know, it is very simple. It is encapsulated in a quotation from a French cleric, Cardinal Pie, cited by Catholic broadcaster Michael Voris that I read this morning on The Vortex: “When Christianity is no longer the soul of public life, of public power, of public institutions, then Jesus Christ deals with this country in the manner he is there dealt with. He continues to give His grace and blessings to the individuals who serve Him, but He abandons the institutions, the powers which do not serve Him. And the institutions, the kings, the nations become like shifting sand in the desert; they fall away like the autumn leaves which are gone with the wind.”

So she offers the doctrinal Catholic analysis of the riots: without Jesus Christ, we cannot know what the human person is supposed to be, what we need to be happy, what society needs to be just, etc.

Finally, Father Alexander Lucie-Smith's article: "England would be a more hopeful place if it rediscovered its devotion to Mary". He points out the historical break that took away that devotion, which so many Catholic countries like Malta, even secular France, and even that home of the Protestant Reformation, Germany can still celebrate with festivity:

Hope is the great message we need to hear. When those dismal killjoys, the so-called reformers, burned the statues of Our Lady at the time of the Henrician Reformation, and after the iconoclasts had done their terrible work of destruction, the people of this country were left without beautiful images, and left without a proper Marian theology, and thus, in large measure, without hope. We need to rediscover our Marian devotion, and we need to cheer up, and look to the future with confidence. These three are all connected; they are in fact one task. The trouble is that once a tradition has been destroyed, how do you revive it again? Unlike Italy, Malta, or even France, England seems to me to be a culturally impoverished place, and religion has been excised from the popular imagination, leaving us all the poorer for it. We are no longer Mary’s Dowry, but we need to become so again. But how?

Thus he provides the Catholic devotional answer: the people of England in the sixteenth century saw Mary, the Mother of God as the loving mother of her Son's Church. As Sir Kenneth Clark pointed out in Civilisation which discussing the iconoclasm of the Reformation, the people saw this loving, kind advocate destroyed and their devotion to her condemned--and in Elizabethan England, the Queen took her place. Instead of celebrating the Birth of the Virgin Mary on September 8, the English celebrated the birth of Elizabeth I on September 7: the state made a drastic substitution--honor your Queen here on earth, not the Queen of Heaven and Earth.

Our Lady of Walsingham, Pray for England!
Posted by Stephanie A. Mann at 2:14 AM

Email ThisBlogThis!Share to TwitterShare to FacebookShare to Pinterest
Labels: Iconoclasm, Mary's Dowry, Our Lady of Walsingham, The Catholic Herald