The English Heritage Society referred to the period from 400 to 1066 A.D. as "the Dark Ages" at an exhibit at Tintagel Castle, and one of the writers at History Today doesn't like it:

The term ‘Dark Ages’ found a foothold in the 17th and 18th centuries, with historians like Edward Gibbon writing about the ‘darkness’ of the period, and reached its peak in the mid-19th century as, with a fervent belief in the dawn of a modern age, a growing Empire needed to build a dark past from which to emerge. The Dark Ages cling to Victorian ideals.

As a concept it is steeped in intellectual and cultural superiority used to dismiss the early Middle Ages as a period of ‘intellectual darkness’ before the Renaissance. In fact, we know far more about late Anglo-Saxon England than we do about Roman Britain.

The phrase feeds into a romanticised view of the period: lost to the mists of time, savage and lawless. But that could not be further from the truth. We might not have the overwhelming wealth of materials of later periods but enough survives to see the extent of their intellectual and cultural development. Pre-Conquest England was not without law, culture and politics.

Not to mention the anti-Catholic aspect of the nomenclature.

When considering how to refer to the period of time between c.400 - 1066 in our interpretation at Tintagel Castle, and other historic sites in our care, English Heritage carefully considered a number of factors, in full understanding of the conflict and confusion that the term 'Dark Ages' can create. We considered a number of alternatives all of which ultimately also proved to be problematic.


In relation to the interpretation scheme at Tintagel Castle, the terms 'post-Roman' and 'pre-Saxon' are difficult, particularly in the context of Cornish history. More scholarly names such as 'late Antiquity', 'migration period' or 'early Christian' are all potentially problematic for the general public. 'Early medieval' or 'early Middle Ages' is perhaps the most suitable, but we have found that these terms are popularly associated with the period around 1066 and the Normans; potentially confusing at a site such as Tintagel which also has medieval buildings.

Just label the period: c.400 to 1066 A.D. and leave off the descriptive. I think it's disingenuous for English Heritage to pretend that "the Dark Ages" is not a pejorative term. This site reflects the usual interpretation of the term "the Dark Ages" as an age of superstition, which equals religious faith:

Despite the religious conflicts, the period of the Dark Ages was seen as an age of faith. Men and women sought after God; some through the staid rituals of the Catholic Church, others in more Orthodox forms of worship. Intellectuals view religion in any form as, itself, a type of “darkness.” These thinkers assert that those who followed religious beliefs lied to themselves, creating a false reality. They were dominated by emotions, not fact. Religion was seen as contrary to rationality and reason, thus the move towards enlightenment -- a move away from “darkness.” Science and reason gained ascendancy, progressing steadily during and after the Reformation and Age of Enlightenment.

To some extent, the period of the Dark Ages remains obscure to modern onlookers. The tumult of the era, its religious conflict and denigration, and debatable time period all work together to shroud the period in diminished light. 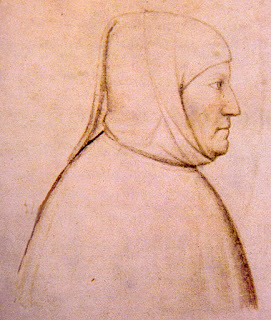 The early Italian Renaissance poet Petrarch is usually credited with ascribing the term to the period after the Fall of Rome until his contemporary age's rediscovery of classical language and literature:

It is generally accepted that the term was invented by Petrarch in the 1330s. Writing of those who had come before him, he said that "amidst the errors there shone forth men of genius, no less keen were their eyes, although they were surrounded by darkness and dense gloom" (Mommsen, 1942). Christian writers had traditional metaphors of "light versus darkness" to describe "good versus evil." Petrarch was the first to co-opt the metaphor and give it secular meaning by reversing its application. Classical Antiquity, so long considered the "dark age" for its lack of Christianity, was now seen by Petrarch as the age of "light" because of its cultural achievements, while Petrarch's time, lacking such cultural achievements, was now seen as the age of darkness.

Why did Petrarch call it an age of darkness? Petrarch spent much of his time traveling through Europe rediscovering and republishing the classic Latin and Greek texts. He wanted to restore the classical Latin language to its former purity. Humanists saw the preceding nine hundred year period as a time of stagnation. They saw history unfolding not along the religious outline of St. Augustine's Six Ages of the World (from Adam to Noah, from Noah to Abraham, from Abraham to David, from David to the exile of the Hebrews in Babylon, from the return to the time of Jesus, the Christian era) but in cultural (or secular) terms, through the progressive developments of Classical ideals, literature, and art.

Petrarch wrote that history had had two periods: the Classic period of the Romans and Greeks, followed by a time of darkness, in which he saw himself as still living. Humanists believed one day the Roman Empire would rise again and restore Classic cultural purity. The concept of the European Dark Ages thus began as an ideological campaign by humanists to promote Classical culture, and was therefore not a neutral historical analysis. It was invented to express disapproval of one period in time, and the promotion of another. [Emphasis added!]
Posted by Stephanie A. Mann at 12:30 AM