An Oratorio for the Oratory Founder 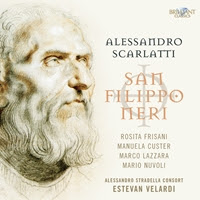 The feast of Saint Philip Neri, Blessed John Henry Newman's patron, is on May 26 and I hope to have this recording in time to celebrate this great saint:

Alessandro Scarlatti (1660 - 1725) composed his oratorio on the life of Saint Philip Neri in 1705. The subject had died in 1595, a time when music was undergoing a seismic upheaval with polyphony giving way to accompanied menody, and would produce the sacred equivalent of opera. St Philip Neri promoted prayer meetings, or exercises in ‘oratories’ connected to churches. Music written and performed for such services in these surroundings became known as ‘oratorios’. St Philip had several oratorios written about his life, and what was probably the first example of the form appeared in 1678, composed by Giovanni Belli. Scarlatti’s is the most impressive and important work on this subject. Set to a libretto by Pietro Ottoboni, who was created ‘cardinal protector’ by Pope Alexander VIII at the age of just 22. Cardinal Ottoboni had a remarkable skill of identifying the greatest musical talents of the time, and those who worked for him included Alessandro Scarlatti’s brother Domenico, Corelli, Pasquini and Handel. 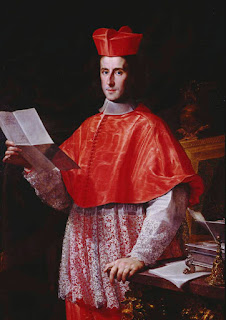 Gramophone reviewed the CD set when it was released:

The libretto of San Filippo Neri was written by the Venetian cardinal Pietro Ottoboni (a patron also of Corelli, Handel and Vivaldi), and it presents a series of dialogues between the three theological Virtues (Faith, Hope, Charity) and St Philip Neri, the Florentine founder of the confraternity that helped to establish Roman oratorios – the prayer halls and then later the sacred music dramas nicknamed after them. The dialogues occur at various pivotal moments in St Philip’s life; the climax of Scarlatti’s score is the Saint’s breathtaking deathbed aria “Mio Gesù”, sung as he yearns to return to God’s presence (marked Largo, e sempre piano, and specified for strings without harpsichord). The oratorio was first performed at Ottoboni’s Roman residence, the Palazzo della Cancelleria, on March 26, 1705 (this is not clear from an otherwise superb essay by Scarlatti biographer Roberto Pagano, only available on the accompanying CD-Rom, along with the libretto).

Estevan Velardi and the Alessandro Stradella Consort have notched up an impressively broad discography of unjustly neglected Italian Baroque masters. This premiere recording of San Filippo Neri is typical of Velardi’s admirable zeal, worthy endeavour, natural pacing and the shapely string playing of his band. . . . The Alessandro Stradella Consort deserves credit for boldly going where no Baroque group has gone before and Velardi’s serviceable interpretation offers plenty of insights into the elder Scarlatti’s merits.

The libretto is available here.
Posted by Stephanie A. Mann at 12:30 AM