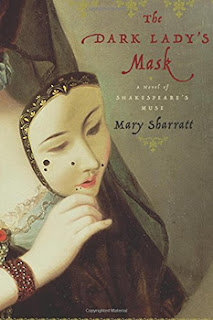 Sith Cynthia is ascended to that rest
Of endlesse joy and true Eternitie,
That glorious place that cannot be exprest
By any wight clad in mortalitie,
In her almightie love so highly blest,
And crown'd with everlasting Sov'raigntie;
Where Saints and Angells do attend her Throne,
And she gives glorie unto God alone.
To thee great Countesse now I will applie
My Pen, to write thy never dying fame;
That when to Heav'n thy blessed Soule shall flie,.
These lines on earth record thy reverend name:
And to this taske I meane my Muse to tie,
Though wanting skill I shall but purchase blame:
Pardon (deere Ladie) want of womans wit
To pen thy praise, when few can equall it.
And pardon (Madame) though I do not write
Those praisefull lines of that delightfull place,

As you commaunded me in that faire night,
When shining Phoebe gave so great a grace,
Presenting Paradice to your sweet sight,
Unfolding all the beauty of her face
With pleasant groves, hills, walks and stately trees,
Which pleasures with retired minds agrees.

Mary Sharratt, author of Illuminations and Daughters of the Witching Hill (both of which I've read and reviewed) has a new novel out, published during this year's Shakespeare celebrations:

THE DARK LADY’S MASK is the story of Aemilia Bassano Lanier (1569–1645), the first professional woman poet in Renaissance England, and her collaboration—and star-crossed love affair—with William Shakespeare, as his Dark Lady.

London, 1593. Aemilia Bassano Lanier is beautiful and accomplished, but her societal conformity ends there. She frequently cross-dresses to escape her loveless marriage and to gain freedoms only men enjoy, but a chance encounter with a ragged, little-known poet named Shakespeare changes everything.

Aemilia grabs at the chance to pursue her long-held dream of writing and the two outsiders strike up a literary bargain. They leave plague-ridden London for Italy, where they and begin to secretly writing comedies together and where Will falls in love with the beautiful country—and with Aemilia, his Dark Lady. Their Italian idyll, though, cannot last and their collaborative affair comes to a devastating end. Will gains fame and fortune for their plays back in London and years later he publishes the sonnets mocking his former muse. Not one to stand by in humiliation, Aemilia takes up her own pen in her defense and in defense of all women.

THE DARK LADY’S MASK gives voice to a real Renaissance woman in every sense of the word.

Her website includes an excerpt from the novel, a reader's guide, and an interview. Nancy Bilyeau also interviews her here. In responding to a question about suspense in the novel, Sharratt states:

There’s so much about William Shakespeare’s life that we just don’t know—his enigmatic “lost years,” etc. Though the greatest corpus of literature in the English language has his name on it, the documented facts about Shakespeare as a man are so sparse. Some of we do know about him seems so riddling. In his will, why doesn’t he mention any books or papers? What happened to his unpublished manuscripts after he died? These gaps and omissions naturally lend themselves to suspense and speculation.

The same goes with Aemilia Bassano Lanier. Her life feels so rife with contradiction. The daughter of a secret Jew, she founded her literary reputation by writing about the passion of Christ. She was educated by Susan Bertie, a devout Protestant, and yet instead of marrying respectably and living a life considered “virtuous,” young Aemilia plunged herself into a long, heady affair with Henry Carey, a man more than twice her age. Then, after years of unhappy marriage, poverty, and decline, how did she find the inspiration, in midlife, to become such a ground-breaking poet?

Trying to connect the disparate threads of her life and to weave them together with Shakespeare’s created the tension and suspense.
Posted by Stephanie A. Mann at 1:00 AM