Heroes and Sages and Their Consciences 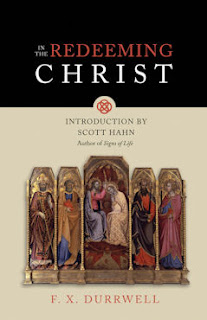 Two years ago this October, I presented on Blessed John Henry Newman: Conversion and Conscience at the Spiritual Life Center. During the presentation on conscience I discussed Newman's depiction of the false idea of conscience he described in his Letter to the Duke of Norfolk in response to Gladstone's pamphlet warning against the divisive effects of Papal infallibility in England:

When men advocate the rights of conscience, they in no sense mean the rights of the Creator, nor the duty to Him, in thought and deed, of the creature; but the right of thinking, speaking, writing, and acting, according to their judgment or their humour, without any thought of God at all. They do not even pretend to go by any moral rule, but they demand, what they think is an Englishman's prerogative, for each to be his own master in all things, and to profess what he pleases, asking no one's leave, and accounting priest or preacher, speaker or writer, unutterably impertinent, who dares to say a word against his going to perdition, if he like it, in his own way. Conscience has rights because it has duties; but in this age, with a large portion of the public, it is the very right and freedom of conscience to dispense with conscience, to ignore a Lawgiver and Judge, to be independent of unseen obligations. It becomes a licence to take up any or no religion, to take up this or that and let it go again, to go to church, to go to chapel, to boast of being above all religions and to be an impartial critic of each of them. Conscience is a stern monitor, but in this century it has been superseded by a counterfeit, which the eighteen centuries prior to it never heard of, and could not have mistaken for it, if they had. It is the right of self-will.

In my post-Easter mystagogical reading, In The Redeeming Christ by F.X.Durrwell, that author presents a higher standard of personal judgement in his chapter on Christian Obedience. He compares and contrasts The Greek Ideal of perfection and human excellence to the Old Testament and then New Testament ideals. I was struck by his characterization of Greek moral ideals according to a humanist standard:

Pagan man saw perfection as belonging to the order of reason; he expected to find it in the fullest human development of his own faculties. This humanism found its purest expression in the Greek world. This Greek ideal lay not in holiness in the biblical sense--consecration, union with God's will--but in the autonomous development of all that is noblest in man. This search for perfection achieved its goal most characteristically in the hero and in the sage. The hero's heroism consisted in an affirmation of himself whereby he was superior to all adversity, a lofty kind of egoism. The wisdom of the sage lay in grasping the great principles of human life and living in conformity with them. In both cases the result was complete freedom: each obeyed only himself, his own will to be great, the truths learnt from his own reason. Even when the Greek was obliged to carry his heroism as far as death, it remained always a heroism of fidelity to himself.

It may be a higher standard, but it's the same autonomy that Newman described as a false image of conscience and the standard it responds to: the individual decides what is excellent, good, and true--for him. It is still "the right of self-will". By that standard, what's excellent, good, and true for me might not be excellent, good, and true for you. We can establish no objective standards to respond to and measure ourselves by. If this rule applies to all areas of human endeavor, we can soon have no science, no arts, no literature, no history that we can share--we can hardly discuss the standards by which we judge the success of a scientific experiment, a painting, a novel, or a narrative, because of individual subjectivity. Judgment of excellence and perfection becomes a matter of taste, and de gustibus non disputandum est (of taste, there is no disputation or discussion). This is that "dictatorship of relativism" that Joseph Cardinal Ratzinger spoke of to the College of Cardinals in 2005 before his election as Pope Benedict XVI:

We are building a dictatorship of relativism that does not recognize anything as definitive and whose ultimate goal consists solely of one's own ego and desires.

We, however, have a different goal: the Son of God, the true man. He is the measure of true humanism. An "adult" faith is not a faith that follows the trends of fashion and the latest novelty; a mature adult faith is deeply rooted in friendship with Christ. It is this friendship that opens us up to all that is good and gives us a criterion by which to distinguish the true from the false, and deceipt from truth.

We must develop this adult faith; we must guide the flock of Christ to this faith. And it is this faith - only faith - that creates unity and is fulfilled in love.

On this theme, St Paul offers us as a fundamental formula for Christian existence some beautiful words, in contrast to the continual vicissitudes of those who, like children, are tossed about by the waves: make truth in love. Truth and love coincide in Christ. To the extent that we draw close to Christ, in our own lives too, truth and love are blended. Love without truth would be blind; truth without love would be like "a clanging cymbal" (I Cor 13: 1).

Here the standard--and Father Durrwell would certainly agree--is not myself but Jesus Christ, my Redeemer and Lord, His love and true humanism.

More on In The Redeeming Christ soon. And FYI: I will be speaking on Blessed John Henry Newman this summer at the Spiritual Life Center in the Docentium Series on August 18. My topic is "John Henry Newman on Faith, Family and Friends".
Posted by Stephanie A. Mann at 12:30 AM