May 16, 1532: Convocation Submits and More Resigns 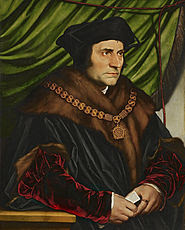 On May 16, 1532, the Convocation of Bishops submitted to Henry VIII, accepting his terms for the future of the Church in England:

We your most humble subjects, daily orators and bedes­men of your clergy of England, having our special trust and confidence in your most excellent wisdom, your princely goodness and fervent zeal to the promotion of God's honour and Christian religion, and also in your learning, far exceed­ing, in our judgment, the learning of all other kings and princes that we have read of, and doubting nothing but that the same shall still continue and daily increase in your majesty­-

First, do offer and promise, in verbo sacerdotii, here unto your highness, submitting ourselves most humbly to the same, that we will never from henceforth [enact], put in ure, promulge, or execute, any [new canons or constitutions provincial, or any other new ordinance, provincial or synodal], in our Convocation [or synod] in time coming, which Convocation is, always has been, and must be, assembled only by your highness' commandment of writ, unless your highness by your royal assent shall license us to [assemble our Convocation, and] to make, promulge, and execute [such constitutions and ordinances as shall be made in] the same; and thereto give your royal assent and authority.


On the same day, Sir Thomas More resigned as Chancellor of England, succeeded by Thomas Audley, another layman. While More had never been involved in Henry VIII's efforts to obtain a decree of nullity for his marriage to Katherine of Aragon so he could marry Anne Boleyn, More saw the direction things were going with the Submission of Clergy, as it was evident that Henry was dividing England from the universal Church. He would be called upon to introduce bills in Parliament that would make that separation law, so he resigned all his offices.

According to the Encyclopedia Britannica:

The office dates back to Edward the Confessor (1042–66), who followed the model of the Carolingian court when he appointed a chancellor. Until the 14th century the chancellor was invariably a priest and served as royal chaplain, the king’s secretary in secular matters, and keeper of the royal seal. All of the secretarial work of the royal household was handled by the chancellor and his staff of chaplains; the accounts were kept under the justiciar and treasurer, writs were drawn up and sealed, and the royal correspondence was carried out. This combination of duties, characteristic of the primitive administrative systems of the early Middle Ages, remained with the chancellorship into the early 21st century, although most of the office’s power, exemplified in the administrations of such great chancellors as Thomas Becket (d. 1170) and Thomas Cardinal Wolsey (d. 1530), ceased to exist centuries ago.

Much of the reason that the English chancellor did not develop into the head of government, as did his counterpart in the Holy Roman Empire, lies in the growth of his judicial duties. All petitions addressed to the king passed through the chancellor’s hands, and by the reign of Henry II (1154–89) the chancellor’s time was already largely taken up with judicial work. The office acquired a more definitely judicial character in the reign of Edward III (1327–77), when the chancellor’s court ceased to follow the king. The chancellor’s court was the direct precursor of the Court of Chancery, which was fused into the High Court of Justice in the Judicature Act of 1873. The Chancery Division of the latter is primarily responsible for equitable jurisdiction.

Before Sir Thomas More's tenure as Chancellor, most of the holders of that office had been clerics (Archdeacons, Canons, Deans, Bishops, Archbishops). Like Audley, other laymen served in the office until toward the end of Edward VI's reign when Thomas Goodrich, the Bishop of Ely became Chancellor. He was removed from office when Mary I came to the throne, and then Stephen Gardiner, being freed from the Tower of London, resumed his office as Bishop of Winchester and became Lord Chancellor. When he died in 1555, Nicholas Heath, the Archbishop of York (just as Thomas Wolsey, More's immediate predecessor, had been!) was appointed; when Elizabeth succeeded, she removed him from that office, and a layman, Nicholas Bacon took the post. The office of Lord Chancellor changed drastically when Tony Blair was Prime Minister, losing its judicial responsibilities and transferring from the House of Lords to the Commons. More information about the office now here.
Posted by Stephanie A. Mann at 12:30 AM