Would You Believe? Another Historical Parallel 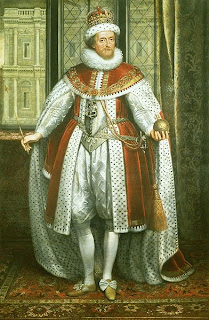 The White House announces an "accommodation" for religious institutions to the HHS Contraception/Abortafacient/Sterilization Mandate. If Catholic Institutions and the Bishops say "we still can't comply", the White House will reply, "how can you not comply? we've made special accommodations!"

The Beckett Fund explains the situation and the "accommodation"

According to a White House statement, some religious employers will no longer be required to provide insurance coverage for contraception, sterilization, and abortifacient drugs; coverage for those services will instead be provided for free directly by insurance companies. However, at least three problems remain. First, hundreds if not thousands of religious organizations self insure, meaning that they will still be forced to pay for these services in violation of their religious beliefs. Second, it is unclear which religious organizations are permitted to claim the new exemption, and whether it will extend to for-profit organizations, individuals, or non-denominational organizations. Third, money is fungible, and many religious organizations may still object to being forced to pay money to an insurance company which will turn around and provide contraception to its employees for free. --in other words, there is still no conscience provision, just some sleight of hand to confuse the matter.

The parallel that I see is with James I's Oath of Allegiance, introduced in 1606 in the aftermath of the Gunpowder Plot. As you might remember if you've read some posts I've made not so long ago about James I and Catholics, he did not want to execute priests and laity at the same rate as Elizabeth I's government had. King James introduced this new Oath and hoped that Catholics would take it--he also hoped that it would divide the Catholic community, small as it was: could one take the Oath or not?

And it did divide the Catholic community. The Jesuits, led by Robert Parsons, followed the lead of Pope Paul V against the Oath; the secular archpriest, George Blackwell changed his mind several times and finally took the Oath while in prison. James I assured him that he did not mean to impose on his conscience at all.

Some of the priests who were executed during James I's reign were found guilty not so much of violating the Elizabethan statute of their presence in England, but of not swearing this Oath of Allegiance, for instance: St. Thomas Garnet, Blessed Robert Drury (whose dies natalis we will soon honor).

My disclaimer is again, that I do not know that the Obama administration issued this accommodation to divide the Catholic community, which since January 20 has been united in opposition to the HHS Mandate. It's certainly true, however, that the accommodation HAS divided the Catholic community. It's shifted the issue from the protection of religious freedom to a debate over funding contraception, abortafacient and sterilization as preventive medicine (which could also be a good debate, if we could actually have it!).
Posted by Stephanie A. Mann at 2:28 AM