The Last Catholic Priest Executed under Elizabeth I 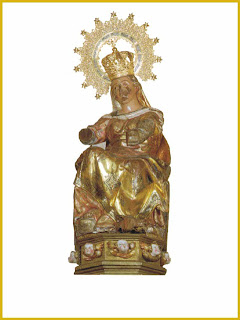 On February 17, 1603, Blessed William Richardson became the last Catholic priest executed during the reign of Elizabeth I:

BLESSED William RICHARDSON was born in Wales and grew up near Sheffield in the county of Yorkshire. He was admitted as pupil at the English College, VALLADOLID, and afterwards to the College of St. Gregory in Seville. He was ordained a priest in 1594 and was betrayed to English authorities soon after arriving in England in 1603. Arrested at Gray's Inn, he was quickly tried and condemned to death for being a priest. When he was stripped, hung, drawn and quartered at Tyburn (London) on the 17th of February 1603, he offered a prayer for Elizabeth I.

Blessed William Richardson is thus among the "Six saints, sixteen men beatified and one acknowledged as Venerable" from the English College at Valladolid, Spain. The seminarians and students still honor La Vulnerata, wounded by English soldiers under the Earl of Essex and Sir Walter Raleigh. Pope Pius XI beatified this martyr on the 15th of December in 1929.
Posted by Stephanie A. Mann at 2:18 AM