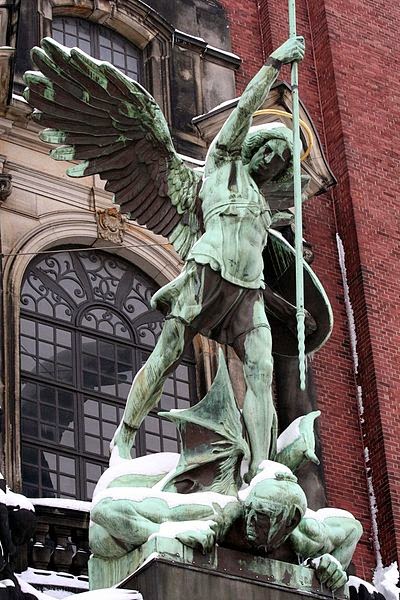 Today is the day of the horrible mockery of the Catholic Mass in Oklahoma City: some 88 people have paid the price of admission at the Civic Center to attend. Five buses from the diocese of Wichita, Kansas are on the way, filled with Catholics praying and offering reparation. Although the group conducting the Black Mass says that they returned he consecrated Host, the Body, Blood, Soul, and Divinity of Jesus Christ, present under the form of unleavened bread, it will still mock the Mass and horribly call upon Satan to exorcise the Holy Spirit--and can we really trust that they don't have another consecrated Host? Too terrible to imagine!

Archbishop Paul Coakley published another letter to his flock and the public with some last minute guidance:

On Sunday, Sept. 21, we will gather for a public act of worship at St. Francis of Assisi Church. I invite all Catholics as well as other Christians and people of good will to join us for a Eucharistic Holy Hour, an outdoor Eucharistic procession and Benediction beginning at 3 p.m. We will prayerfully bear witness to our faith as an expression of our solidarity and in reparation for acts of blasphemy.

I am aware that other groups are planning to show their opposition to the blasphemous event that evening at the Civic Center. I urgently ask everyone to avoid confrontations with those who might oppose them. Our witness ought to be reverent, respectful and peaceful. I urge those who might plan to attend the black mass in order to pray or to protest not to do so! Please do not enter the venue. It would be presumptuous and dangerous to expose oneself to others to these evil influences.

Finally, let us demonstrate our faith in the power of the Lord’s grace by praying for the conversion of those who are perpetrating this sacrilege and are bound by the Evil One. “But I say to you, love your enemies, and pray for those who persecute you, that you may be children of your heavenly Father, for he makes his sun rise on the bad and the good, and causes rain to fall on the just and the unjust.” (Mt 5:44,45)

One of the unexpected (by the organizers, I'm sure) results of this event in Oklahoma City--also in Cambridge at Harvard University earlier this year--is that it reminds Catholics of one of the most central facts of our Catholic Faith. Every day of year (except Good Friday, of course), Jesus comes to us in his Body and Blood in Holy Communion, just as he promised his followers in the Gospel of St. John:

I am the bread of life. Your ancestors ate the manna in the desert, but they died; this is the bread that comes down from heaven so that one may eat it and not die. I am the living bread that came down from heaven; whoever eats this bread will live forever; and the bread that I will give is my flesh for the life of the world." The Jews quarreled among themselves, saying, "How can this man give us (his) flesh to eat?" Jesus said to them, "Amen, amen, I say to you, unless you eat the flesh of the Son of Man and drink his blood, you do not have life within you. Whoever eats my flesh and drinks my blood has eternal life, and I will raise him on the last day. For my flesh is true food, and my blood is true drink. Whoever eats my flesh and drinks my blood remains in me and I in him. Just as the living Father sent me and I have life because of the Father, so also the one who feeds on me will have life because of me. This is the bread that came down from heaven. Unlike your ancestors who ate and still died, whoever eats this bread will live forever." These things he said while teaching in the synagogue in Capernaum. Then many of his disciples who were listening said, "This saying is hard; who can accept it?" Since Jesus knew that his disciples were murmuring about this, he said to them, "Does this shock you? What if you were to see the Son of Man ascending to where he was before? It is the spirit that gives life, while the flesh is of no avail. The words I have spoken to you are spirit and life. But there are some of you who do not believe." Jesus knew from the beginning the ones who would not believe and the one who would betray him. And he said, "For this reason I have told you that no one can come to me unless it is granted him by my Father." As a result of this, many (of) his disciples returned to their former way of life and no longer accompanied him. Jesus then said to the Twelve, "Do you also want to leave?" Simon Peter answered him, "Master, to whom shall we go? You have the words of eternal life. 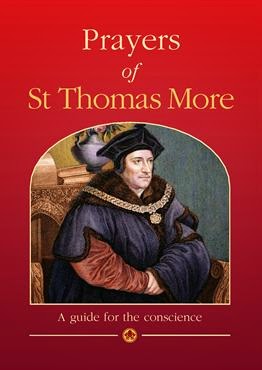 I have been working on a project about St. Thomas More in the Tower, preparing for martyrdom. Before his arrest he wrote his Treatise on the Blessed Sacrament in which he defended Catholic teaching about the Mass and the Eucharist, particularly writing about the preparations a Catholic should made before receiving Holy Communion:

We must (I say) see, that we firmly believe that this Blessed Sacrament is not a bare sign, or a figure, or a token of that Holy Body of Christ: but that It is in perpetual remembrance of His bitter Passion, that He suffered for us, the self-same precious Body of Christ that suffered it, by His own Almighty power and unspeakable goodness consecrated and given unto us.

And this point of belief is in the receiving of this Blessed Sacrament of such necessity, and such weight with them that have years of discretion, that without it they receive It plainly to their damnation. And that point believed very full and fastly must needs be a great occasion to move any man in all other points to receive It well. For note well the words of St. Paul therein: Qui manducat de hoc pane, et bibit de calice indigne judicium sibi manducat et bibit, non dijudicans corpus Domini. He that eateth of this Bread and drinketh of this cup, unworthily, eateth and drinketh judgment upon himself in that, he discerneth not the Body of our Lord. (2 Cor. 11.)
Posted by Stephanie A. Mann at 1:00 AM