More on the HHS Mandate and the English Reformation 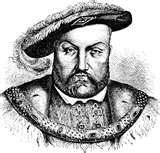 Chris Matthews from MSNBC sees the connections too:

"If the church teaches it's morally wrong to use birth control, how can you make the teacher pay for the birth control without losing their authority, their moral authority?" Matthews asked today when discussing the Department of Health and Human Services mandate that many religious institutions provide contraception to their employees. "If you can make them do it, they can't teach it anymore."

Matthews recalled the stories of Thomas More and Thomas Becket when explaining his thinking. "I guess I grew up watching movies like Becket and A Man for All Seasons and seeing the church and state go to war with each other and being told stories from the Old Testament about the Maccabees, about people, families being told you got to eat pork," he said. Matthews added that it is "frightening" to him "when the state tells the church what to do."

Thanks very much to my facebook friend, Penny McKelvey, for pointing this story out to me! It just demonstrates that knowledge of history helps us see connections and distinctions in current events. The great difference between the English Reformation and the subsequent Recusant era and the crisis the Catholic Church--and all organized religion in the USA--faces today is that we have a representative democratic republic. The voters have an official voice and can protest against their elected officials. We have a constitution to refer to. The martyrs and the Catholic survivors of the sixteenth and seventeenth century did not have our methods for protest. Even though St. Thomas More brilliantly argued his case at his trial, the verdict and the sentence were already determined.

Catholics in sixteenth century England could either conform to the Church of England or pretend to conform to the Church of England. They could actively work to overthrow the monarch to change the regime and the religion, which meant treason, violence, and probably execution if the rebellion failed. The Catholic martyrs chose to be absolutely true to their faith, certainly, and suffer the consequences of disobeying laws that made Catholic priesthood in England, aiding a Catholic priest in England, attending Catholic Mass in England, or becoming a Catholic in England all crimes punishable by death. Chris Matthews is definitely correct in seeing the English Reformation and now the HHS Mandate as events in the long battle between Church and State.

UPDATE: PLEASE NOTE: I will be on the Son Rise Morning Show Monday Morning, February 13 at 7:45 a.m. Eastern; 6:45 a.m. Central to discuss the connections commentators are seeing between the HHS Mandate and what I call the "Tudor Mandates" (Henry VIII's Act of Supremacy and Elizabeth I's Acts of Supremacy and Uniformity). Listen live here.
Posted by Stephanie A. Mann at 3:57 AM