Review of MacMillan's and Todd's Settings of Newman's Meditation 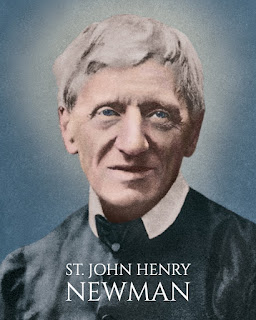 I've listened to this concert a couple of times and I do hope that The Sixteen and Harry Christophers release a CD of this music. You can access it here and on the ClassicFM Facebook page. Since it begins with The Sixteen singing Robert Parsons' wonderful Ave Maria and O Bone Jesu (O Good Jesus), it was glorious from the start.

I disagree with or dislike some of the ways the composers and performers comment upon the settings of Newman's Meditation. MacMillan calls it "heady stuff" whereas I think it's so direct and heartfelt. In videos commenting on the lyrics written by Robert Willis, Christophers is so happy that the lyrics of MacMillan's "Nothing in Vain" are gender neutral, because no pronouns are used to refer to God, nevertheless, MacMillan's setting and The Sixteen's performance is virtuosic and thrilling. Christophers suggested a composition for double choir in the polyphonic style because there are fewer modern works in that format/style.

I found Will Todd's setting--both works are poetic adaptations of Newman's prose--"I shall be an angel of Peace" with a violin solo, to be much more meditative. It was most appropriate that Newman's original prose meditation was read before the performances--and the inclusion of a violin solo in Todd's work, since Newman played the violin, was also most effective and appropriate.

In between the two adaptations of Newman's meditation, Fernand Laloux's Tantum Ergo Sacramentum was a beautiful variation on the plainchant usually sung during Benediction. Although written for choir, I could imagine the congregation singing along as the priest incensed the Blessed Sacrament on the Altar. Laloux was Director of Music at Farm Street Jesuit Church, where the concert was taking place, during the 1940's and his settings of O Salutoris Hostia and Tantum Ergo are sometimes used for Benediction at the London (Brompton) Oratory and have been recorded by the London Oratory Choir.

Christopher Tye's Angus Dei from his Euge Bone Mass (Good and Faithful Servant) is prayerful and meditative. I tried to imagine it in the context of a Mass--as it was celebrated before the 1970's in the Roman Rite--as the priest prepares to received the Body and Blood of Jesus while the congregation either prepared to receive Holy Communion or made their acts of Spiritual Communion. 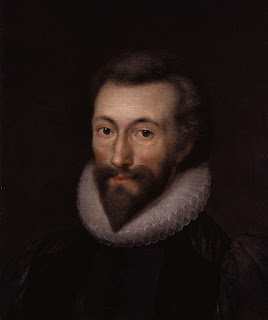 As Newman's Meditation speaks of hope and confidence in God's care in this life, John Donne's sermon "On the Death of Righteous" and the hymn based upon it by William Harris ("Bring Us, O Lord God"), speaks of hope and confidence for the human soul after death. Newman's Meditation, however, unlike Donne's sermon, which is directed to the Righteous and Elect (and certainly rejects the wicked), is much more comprehensive in scope--as the composers, Christophers, and the sponsor of the program and the compositions, John Studzinski of the Genesis Foundation all highlight--Newman's thoughts speak to everyone, even those of uncertain faith, who have difficulties believing in God or their own significance in this world. Harris's hymn smooths out Donne's dividing of the Righteous and the Wicked by focusing on Heaven, not who gets there and who doesn't.

I guess the status of religious/church music today that these works were commissioned not by the Catholic Church--meaning a particular parish, order, or other foundation--but by an arts organization founded by an investment banker. Newman's father was a banker too! I think the two commissions of versions/aspects of Newman's Meditation are definitely concert pieces and that the Will Todd composition could work as a post-Communion piece.